One of the most popular online gaming profile trackers Raptr has been hacked and its users are pressed to change their user account passwords at the earliest opportunity.

An interesting fact about this attack is that the label is similar to those recently carried out against other popular online gaming platforms Xbox Live and PlayStation Network.

CEO’s word: Raptr’s founder and CEO Dennis Fong informed users about this hack attack and advised them to immediately change their account details along with passwords to avoid data leak and mishandling. 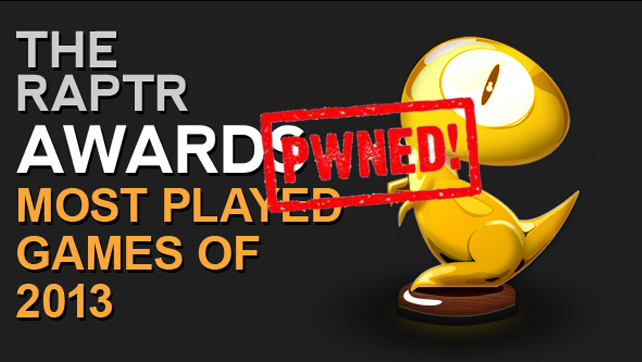 “Maintaining the highest level of security around your Raptr account information is of the utmost importance to us, so we’re very sorry to inform you that some Raptr user data may have been recently compromised in an attack similar to hacking activities that have targeted other high-profile sites and services such as Xbox Live and Sony’s PlayStation Network.”

Users are now worried about their Raptr points (a kind of earned currency traded in for receiving rewards at Raptr) and believe that these may be compromised after the hack attack.

However, Fong assures that,

“User names, email addresses, password hashes, and some first and last names may have been accessed. This means that although the passwords are hashed, users with weak passwords are vulnerable to unauthorized access. It’s important to note that our two-factor authentication system used for redeeming Raptr Reward Points ensures that even if your Raptr account was among those compromised, the points you’ve earned as a Raptr member are protected.”

Don’t think that Raptr points are just a gimmick and actually are useless because for Raptr account holders these are really important. They can use their earned Raptr Reward Points for purchasing items like e-books, games and/or gift packs. Moreover, if they have earned enough points then they can even check out the site’s extensive rewards page, which lists some really cool collectibles.

Most significant point of concern for Fong is that many users may have shared their Raptr password or username on another community account. Therefore, he urges all to change their passwords and usernames on those platforms as well.

“Although the potential risk to Raptr users is pretty minimal, we urge you to access any accounts on other sites and services in which you use the same login and password associated with your Raptr account and change the related password(s) immediately.”

What really happened? Many believe that this issue is similar to what happened to Diablo III accounts few years back. In that case some of the accounts were compromised and Blizzard refused to claim the responsibility. In fact, in some token, Blizzard was quite on what really affected the user accounts and whether it was a malware attack or someone targeted another platform and retrieved user-accounts and passwords or it was just trolls.

However, Fong implying that Raptr’s attacks are similar to the Xbox Live and PSN attacks means that this may be the work of same scrip kiddies who have been trying their hands on various gaming communities.

In one of their previous such attacks, they brought down Sony and Microsoft’s services during the Holiday break, which prevented hordes of gamers from playing their favorites games.

In the end of his post, Fong encourages gamers to change their passwords as soon as possible and apologized for the inconvenience caused to the community.