As many of the world’s leaders stand accused of shameful neglect and failure over the current refugee crisis, ordinary people have stepped up to take responsibility and are doing all they can to ensure stricken refugees are given basic necessities to exist as human beings. 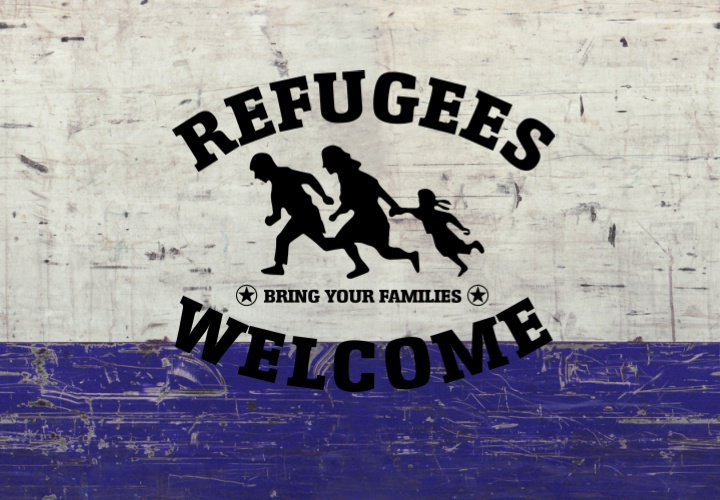 People in Norway have done the same as have people in Turkey. The Prime Minister of Finland has even offered to share his home with a Syrian family and people from the UK have forged partnerships with people in France to provide aid to the refugees trapped in the ‘Jungle’ in Calais.

In Germany a group of individuals have gone a step further – socially conscious and technology savvy, this group have set up a project called ‘Refugees Welcome.’

The idea behind it is to create something akin to Airbnb for refugees connecting empty rooms of people willing to house a refugee with the refugees who are desperately looking for somewhere to stay.

The manifesto of the creators of the site reads:

“We are convinced that refugees should not be stigmatised and excluded by being housed in mass accommodations. Instead, we should offer them a warm welcome”.

The Home Page of the site which currently is operational in Germany and Austria only with plans to expand to other European countries asks the question:

The process has 3 stages with the first step being ‘sign up’ which requires information regarding one’s housing situation. The second stage is to involve refugee organisations who will help put a refugee in one’s city in touch with a registered person with a vacant room. The final stage is to help finance the rent.

As the refugee situation on Europe’s border continues to set new records, more and more citizens are using technology to become organised and help where their Governments are failing. A group has organised an Amazon wishlist which is geared towards helping the refugees in Calais. In Greece, a similar project has been started also.

Syrians already established in Europe are using social media to offer legal and logistical help. Many Facebook groups and pages have sprung up with people organising to collect all they can to help alleviate the suffering of refugees who have arrived on their shores.

One Icelandic page, Syria is Calling, has been set up to connect refugees with people who are prepared to host them. The number helped via this page is approaching 1,000 refugees.

At a time when traditional methods of helping refugees was met with bureaucracy and lack of will on the part of nation states and their leaders, ordinary citizens have stepped up to take responsibility and are using technology to make a remarkable difference in the lives of thousands of displaced people. Samsung has done it yet again.. It has managed to do something entirely unique and introduce a new…
byWaqas