A Dutch cyber security researcher Victor Gevers has revealed that he managed to log into the Twitter account of the President of the United States Donald Trump after guessing its password which turned out to be MAGA2020. 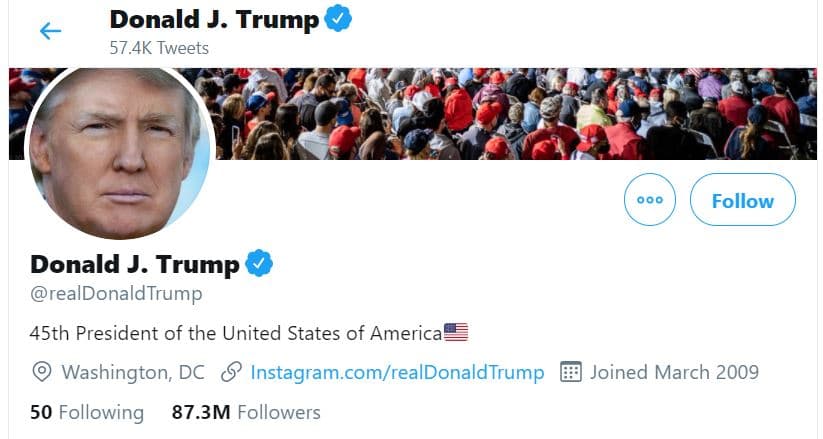 However, this time, the researcher was able to guess the password on the fifth attempt and successfully sign in without raising any alarm.

“I expected to be blocked after four failed attempts. Or at least would be asked to provide additional information,” Gevers told Dutch Newspaper De Volkskrant.

Gevers further noticed that a day after gaining access to President Trump’s Twitter, two-step verification was not only enabled on the account but he was also contacted by the Secret Service as a gesture of gratitude for reporting the issue.

It started six years ago. And hopefully, it will be the last time in 2020. Please switch on two-factor authentication on all of your accounts. 🙏

However, on the other hand, the social networking service Twitter has denied the claim made by Gevers stating that:

“We’ve seen no evidence to corroborate this claim, including from the article published in the Netherlands today. We proactively implemented account security measures for a designated group of high-profile, election-related Twitter accounts in the United States, including federal branches of government.”

Previously, Gevers made news for identifying several high-profile unprotected databases in the wild. For instance, Gevers is the same researcher who in February 2019, discovered a Chinese facial recognition database that was tracking the Muslim population in the country.

In March 2019, the researcher discovered an unprotected database labeled “BreedReady” containing personal and sensitive information of over 1.8 million Chinese women.

In total, 10 of these Trojan apps were found, out of which, 9 were available on Google Play. Here is the list of malicious apps.
byHabiba Rashid