The NWH group conducted a series of powerful DDoS attacks on Salt Lake City Police, Airport and Banking website against the shooting of a Somali teenager Abidi Mohamed

The attackers from New World Hackers group (NWH) claimed that they conducted a series of powerful “distributed denial of service” (DDoS) attacks on the official website of Salt Lake City police, the airport, First Utah Bank and Downtown Alliance last night to register their protest against police shooting in which a teenager (Abdi Mohamed) who fell into a coma after being shot multiple times during a fight in downtown Salt Lake City.

In an exclusive conversation with the NWH group, HackRead was told that:

These attacks were conducted to protest the shooting of Abdi who is just 17years old and a Somali refugee. We will keep on targeting the police until justice is served and the officer who shot Abdi is arrested.

HackRead also got hold of some exclusive screenshots shared by the NWH showing all targeted sites were down after the DDoS attacks. 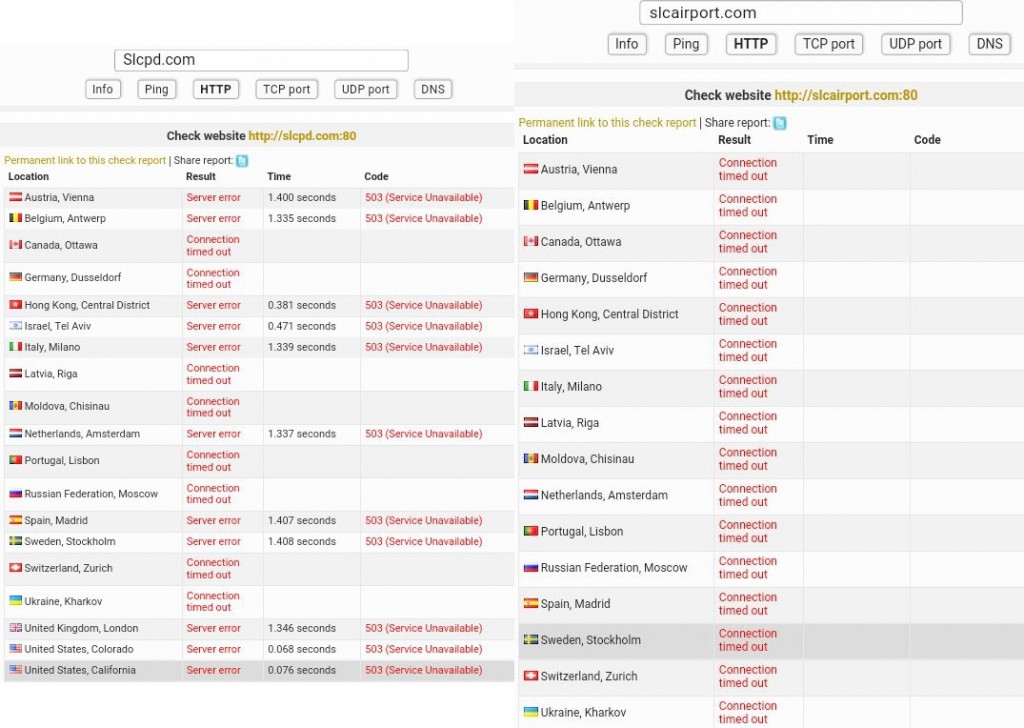 Abdi Mohamed was struck by three bullets in his upper and lower torso. He was said to be in critical condition on Sunday, according to the Salt Lake Tribune. The Washington post reports that witnesses told police Mohamed was involved in a fight with another man when the police were called. Mohamed had picked up a broken broomstick moments before the police arrived. It is unclear if the officers thought the teenager was going to attack them with the object and shot him multiple times.

This is not the first time when hackers have targeted police website against shootings in the United States. In the past, Anonymous launched cyber attacks against the shooting and killing of an unarmed 17 yr old teen Mike Brown. The hacktivists also conducted attacks on Cincinnati Police Department against shooting last month.

At the time of publishing this article, the website of first Utah bank was offline while all other targeted sites were restored and available online.

5 Biggest Ransomware Attacks of All Time