Samsung is working on a projector smartwatch that will use your skin as a display screen!

Innovation and out-of-the-box thinking have remained the trademark of Samsung. The company is always striving to come up with unique devices and ideas, and it is also a fact that many of their ideas remain under the shelves but many do get to see the light of the day and this news is about one such innovative idea.

Reports suggest that Samsung has officially filed for a patent for a wearable device or call it smartwatch with a projector. The purpose of this projector would be to use it as a secondary display much like the Cicret bracelet that is currently being heavily marketed. 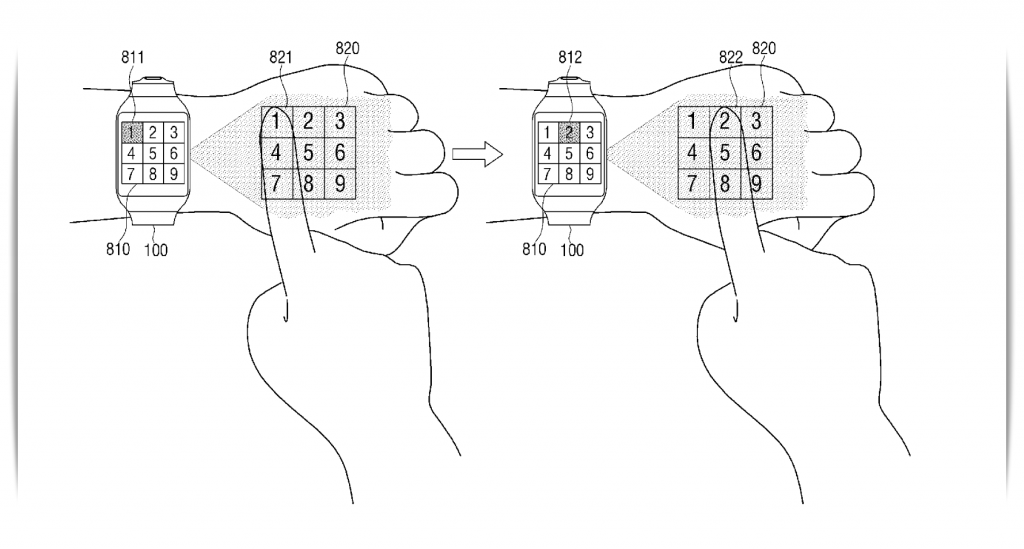 According to the description Samsung informs readers that: 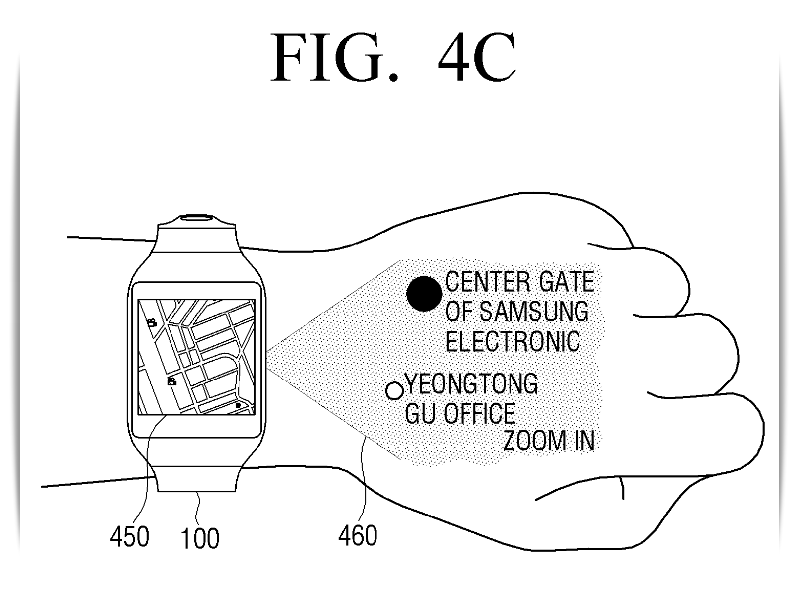 It has been observed in almost every smartwatch that battery life isn’t their only limitation but the coin-sized display is another issue that becomes annoying for users. These small-size displays cannot show a lot of information to the user of the smartwatch and thus, the whole purpose of using the watch as a substitute to their mobiles is somewhat lost. Moreover, the experience for smartwatch users becomes all the more annoying when they have to do so many taps and scrolling. 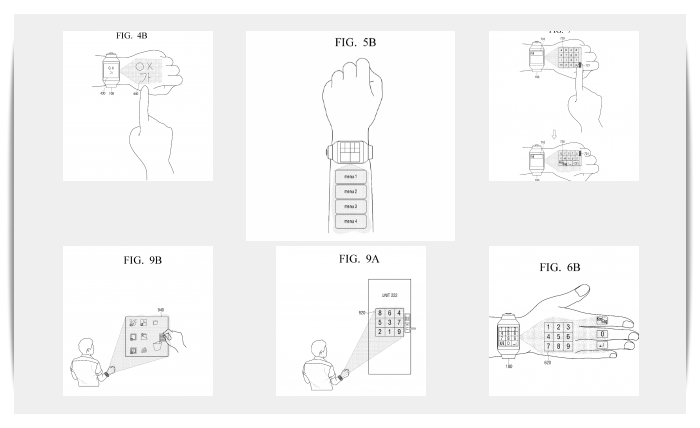 Samsung apparently wants to modify the way smartwatches are used by altering the Virtual UI. In their new smartwatch, there will be a projector linked with the watch and with your taps and gestures it will get activated using an array of infrared sensors.

In fact, Samsung has been planning to incorporate this technology into its range of Virtual Reality headsets however, this inclusion is at the moment not much likely to happen. If Samsung manages to discover how text messages and images can be displayed with Virtual UI, we can expect a revolution in wearable devices industry.

Let’s see how it goes and how the watch will actually look like!