But according to the sale, Apple has been far ahead over any other brand. This is due to record breaking sale of iPhone 5 this year and still it’s on a rise.  U.S was probably one of the successful market for iPhone this year, especially with after the launch of iPhone 5. Apple recorded an increase of 1.5 percent sales increase this quarter ( last three months) which is double from the current market leader’s sale increase which is about 0.7 percent. This particular change has caused iPhone to get a move on in term of market share in the U.S market.

In U.S smartphone users are on a rise and there are now about 121.3 million people having smartphones in their hands, which is about 51.9 percent of the U.S mobile market. This shift has brought an expansion in overall U.S mobile market. This particular could also be linked to the Apple’s up-rise in the U.S. As suspense was at a high, before iPhone 5’s launch on it’s features and design. The sales was not a shock, even though iPhone 5 didn’t proved it’s worth as was expected to be, the suspense and curiosity of the people brought about these sales. So, the current results could be changed really quickly with all the other brands launching their new smartphones pretty soon.

According to the usage of Android technology, Google is dominating the market by far with 53.6 percent market share all over the Android technology providers. Apple iOS was ranked second 34.3 market share. Meanwhile Nokia and Microsoft had experienced a steady fall in their demands for mobile phones alongside Windows and Symbian phone. These brands need to step because the elites are working each day to come with newer and fascinating technology with their phones.

Scientists at IBM along with researchers at Mellanox, Nvidia and RedHat have unveiled an Artificial Intelligence (AI) focused world’s fastest supercomputer called Summit. The supercomputer…
byWaqas 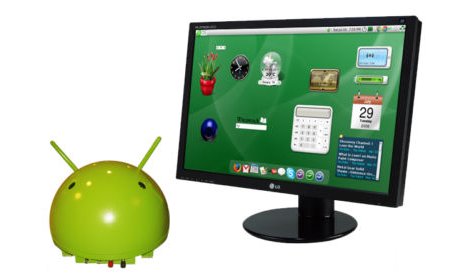 Do you wish to run Android application or games but don’t have a Smartphone to do it? Well,…
byWaqas