A 16-month old boy was knocked down by a 5′ tall and 300 pounds Knightscope security robot at the Stanford Shopping Center. The parents of injured Harwin Cheng are not happy and worried that the robot can hit others as well.

It all happened last Thursday when Cheng faced the fury of the security robot. “The robot hit my son’s head and he fell down facing down on the floor and the robot did not stop and it kept moving forward,” Cheng’s mother Tiffany Teng told ABC7 News.

Cheng didn’t suffer serious injuries or broken bones, however, the robot did walk over his right foot.

Knightscope (the K5 beta prototype) is a fully autonomous robot, used to predict crimes in schools, businesses, and neighborhoods. Its developers stated that development was inspired by the Sandy Hook Elementary School shooting, and was developed to prevent future crimes. It is 5 feet tall and weighs 300 pounds.

The K5 detects crime using a variety of sensors including a video camera, thermal imaging sensors, a laser range finder, radar, air quality sensors and a microphone. If the K5 detects abnormal noise and temperature change or known criminals, it will alert local authorities. The K5 has been in development since 2013 by Knightscope, Inc., a Silicon Valley startup located in Mountain View, CA.

Knightscope is not the only robot beating people up, in fact, in 2015 a technician at the Germany-based Volkswagen production plant was killed by a robot. Later, it was revealed that such robots are only programmed for specific tasks and supposedly the unfortunate malfunction was caused by human error.

In another incident, although no one got beat up, a Promobot robot did run away from the factory and was later caught causing a traffic jam in Perm city of Russia.

Yield Monitor Integrates The DeFiChain Blockchain Into Its Database Why Artificial Intelligence is Must for Cybersecurity

Executives across the globe are already advocating the use of artificial intelligence (AI) to tackle cybersecurity threats.
byWaqas 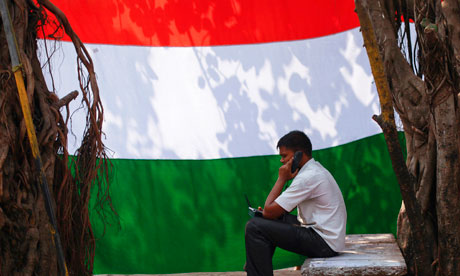