We all want to look perfect in the pictures that we post online and beauty camera apps are our best bet in order to fine-tune our pictures. However, according to the findings of Trend Micro researchers, these kinds of applications are performing more functions than what we think they are.

The reason is that these apps contain malware. Apparently, these apps promise to edit and filter the captured photograph to improve its appearance but after installation, the icons get automatically removed from the application list so that the user is unable to delete them. Moreover, the apps use packers so that it becomes more difficult to analyze them.

When the user takes a photo using one of these apps, instead of uploading it to the web for processing, the app asks the user to update the app. The user never receives an improve picture while the images are used for nefarious purposes such as to make fake social media profile and similar activities. 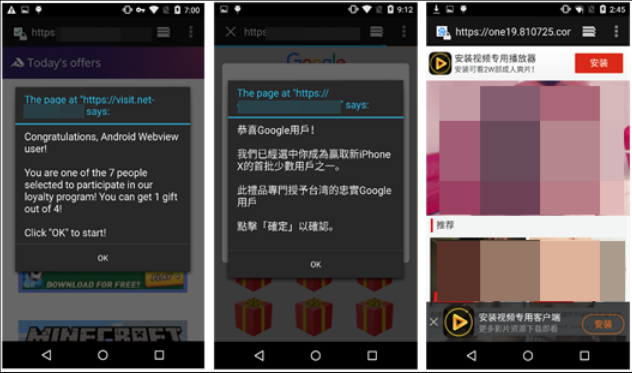 The ads also download other malicious software and despite paying for the apps they never get the promised services and some of the apps redirect users to phishing web pages. Trend Micro also identified another category of infected apps, which upload the users’ pictures to a hidden server while promising the user to beautify their pictures.

See: Apps on smartphones are selling and sharing our location data 24/7

Google has been notified about the presence of such malicious apps and according to recent reports the search giant has deleted them from the Play Store. However, the damage has already been done as the apps were downloaded tens of millions of times. Pro Camera Beauty is the most downloaded of all malicious apps and some of the other apps include:

To stay safe, you need to identify the pattern because usually such applications are projected as most genuine and harmless in the reviews. You can easily point out which of the apps you need to stay away from downloading is by checking out their review section.

Generally, malicious apps would contain a large number of positive reviews, which should raise an alarm because these would be fake reviews. After many positive reviews, there will be some negative reviews, followed by more positive ones. Also, keep your phone updated and scan on regular bases with any of these anti-virus software.

FedEx is often used by scammers to send spam emails and usually, such emails are considered as normal…
byAgan Uzunovic