Surfshark VPN review – How it protects your online privacy

Here is Surfshark VPN review which you won’t find anywhere. Surfshark has boasted more than 1000 servers in about 61 countries, an impressive statistic.

Among the various VPN services out there, some have fared pretty well over the years while some have faded in popularity. An example of the latter is Private Internet Access (PIA) from whom users flocked when news of its acquisition by Kape Technologies spread as we’ve previously covered.

On the other hand, though, one example of the former happens to be Surfshark boasting more than 1000 servers in about 61 countries, an impressive statistic. Hence, we today decided to delve deep into this growing provider helping our readers make a better choice in deciding their VPNs. 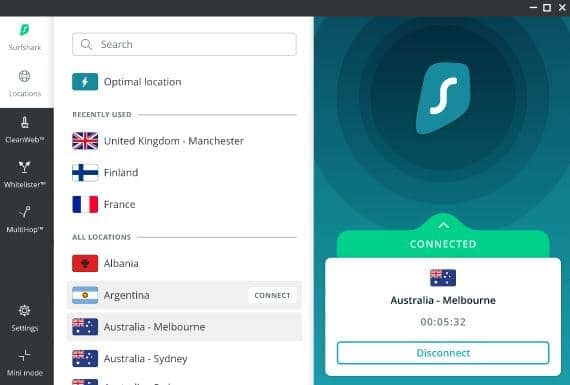 To start with, we will be analyzing its capabilities in a range of areas. Firstly, let’s touch on speed. After all, it can make or break your experience. No one would be pleased to use a service that lets them remember nothing but good ‘ol Internet Explorer.

We did a speed test on Surfshark VPN and find out similar results as on different location and compared its results with findings of vpnMentor, during their testing, they started with a downloading speed of 40.92 Mbps without any connection to a VPN. Then they started connecting to Surfshark’s different servers in varying locations to test the speed impact. The results were as follows:

This sure does represent a significant drop but again, it all depends on your proximity with the server. Considering that the US-based server was nearby, these speeds are good enough factoring in zero connection failures.

Secondly, concerning streaming, it works pretty well with all major providers tested including Netflix, Amazon Video & Hulu. This is a major plus considering that services like Netflix have VPN detection systems designed to block their use and to bypass them easily is all you’d want. Yet, hold on, are you a torrent guy who likes to freeload? Then you need a VPN that protects your IP address. Surfshark helps here too being fully compatible with major players like BitTorrent & uTorrent along with supporting Peer-to-Peer (P2P) file sharing.

Okay, hold on, no matter what a VPN offers, it needs to be secure otherwise it’s all a waste, right? Absolutely. So moving on to the security, we have a range of built-in modules offered which can be divided into the following:

CleanWeb – blocks ads for you and real-time malware detection to guard against phishing.

Whitelist – this is for situations where you may want only certain sites to use a VPN. For example, let’s say you want all your torrents to be downloaded using Surfshark and your regular browsing on chrome to be done without it, you can do that with this feature through a process known as split tunneling. 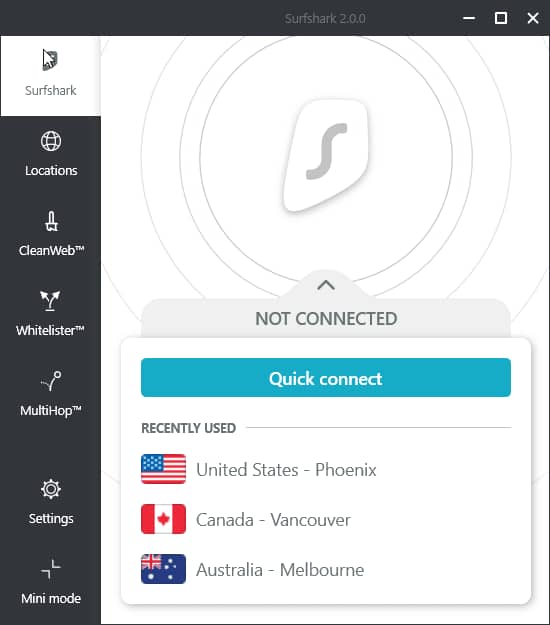 Kill Switch – in cases where your VPN connection drops, you are immediately disconnected from the internet leaving no traffic to be exposed which you may want to hide otherwise.

MultiHop – if you’re very strict on taking precautions to hide your tracks, this feature will allow you to connect to 2 VPN servers simultaneously taking your protection to a whole nother level.

No Logs – finishing any chance of your data getting in the wrong hands, none of the records of your activities are stored. However, your basic information like name, email address and billing information is stored for obvious purposes. You could still get rid of the latter by paying via Bitcoin (it’ll reach $20K – no worries fellas!)

There are certainly more features as well but you get the picture, there is a lot to offer and you’ll never feel the need to look elsewhere in terms of security.

But while we’re touching upon these different factors, let’s not forget our Chinese & Arab friends. Since these states have been stepping up their efforts to avert VPN use, primarily the former, there is an important question that needs to be answered, does Surfshark work in these countries?

While we haven’t had the liberty to test it ourselves in these countries, their team claims that it works anywhere allowing you to bypass censorship. In a statement of one of its representatives to PCMAG, they stated something along the lines of “…we have invested a lot of time and effort to break through the Great Firewall of China as well as other oppressive regimes…” Considering that the VPN has fared well on its other offerings, we would be positive about this one too. That too in conjunction with the fact that users have also reported being able to use the VPN in China themselves.

Coming to what’s even important, let’s analyze their pricing. They offer 3 different plans which have no differences by features but only in the duration with a tradeoff the amount they cost. 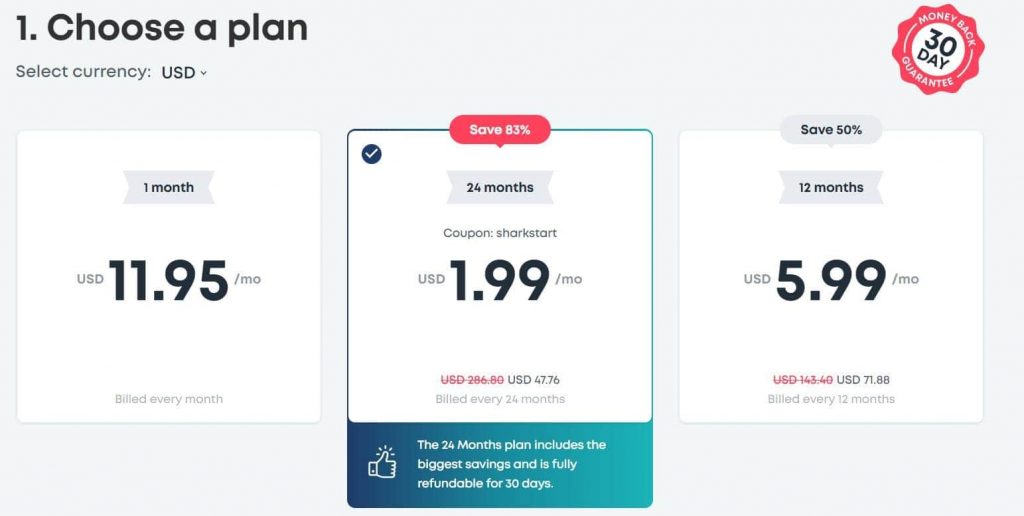 Their one month plan seems like a bid, in all honesty, to make you buy any of the other two 12 or 24-month plans. However, for those who may not want to make any commitment, they can also avail of a one month trial with a 30-day money guarantee.

To conclude, it is available on a range of devices including Xbox, Playstation, Apple TV, macOS, Windows, Linux, iOS and Android which greatly broaden its user base. In light of the aforementioned features and other analyzed factors, we believe that this is a very good choice if you’re okay with the affordability factor. You can also check out our other reviews from last year to make a more considerate decision. 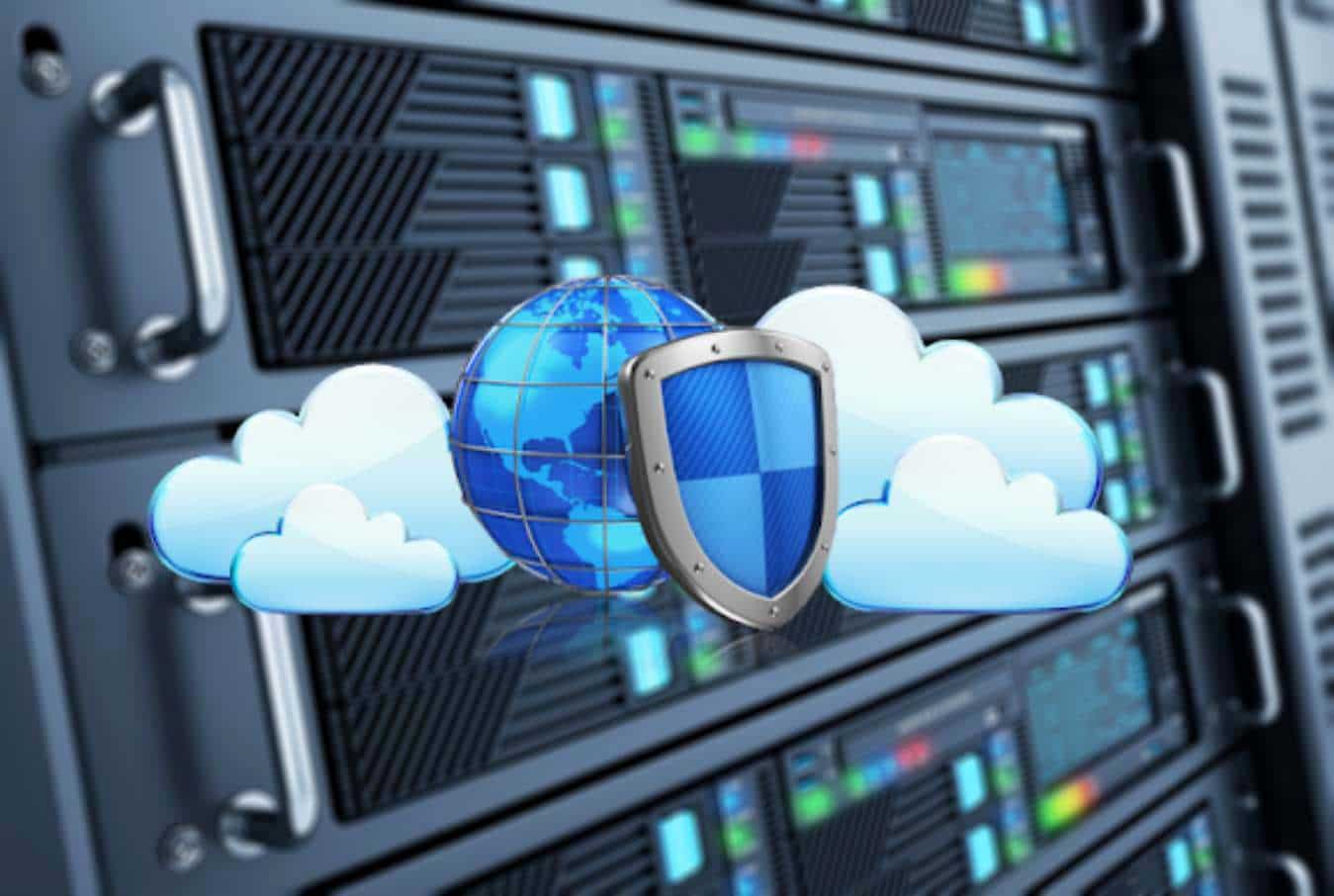 Let's understand why cloud servers such as Kronos are one step ahead of conventional and dedicated servers.
byOwais Sultan 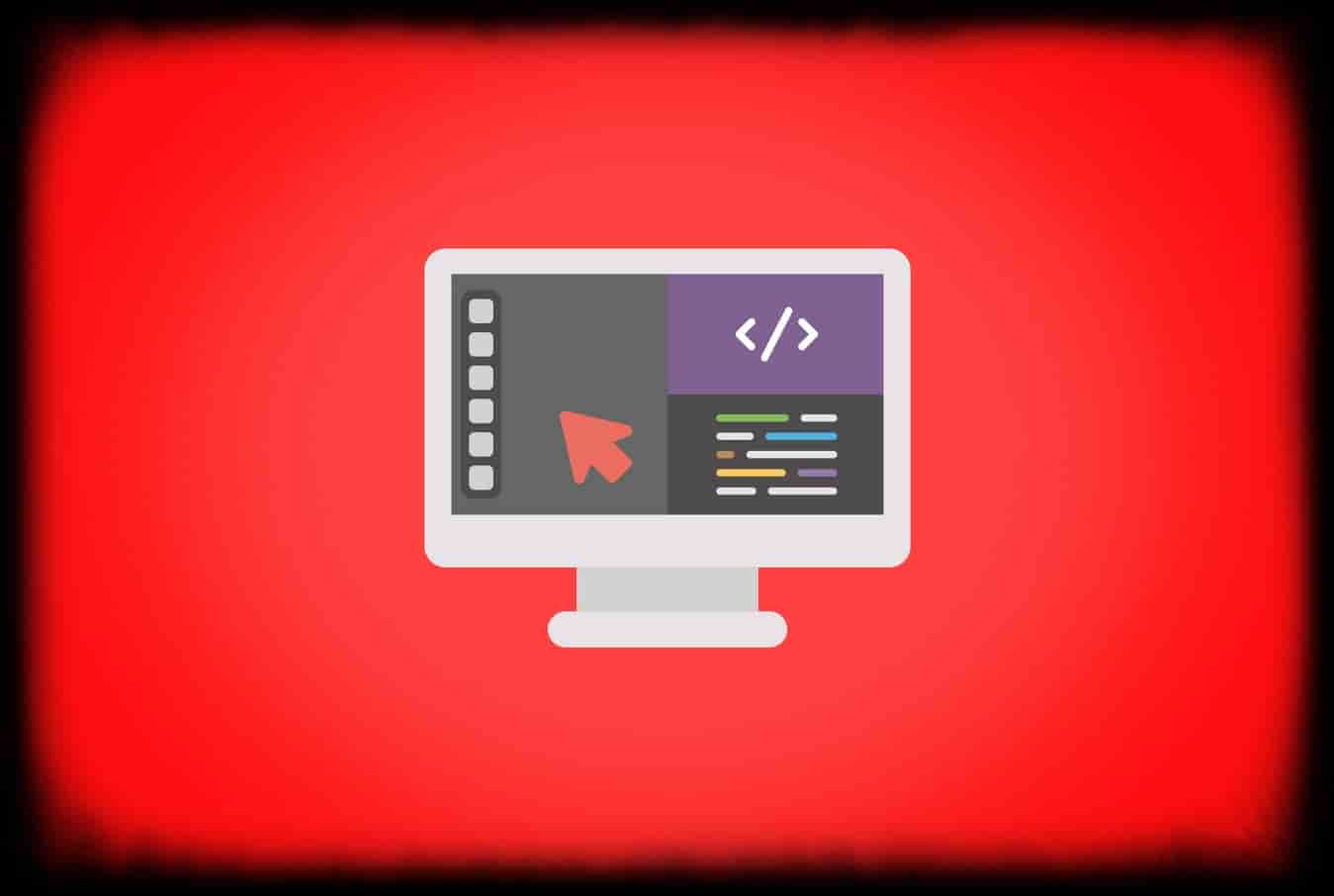 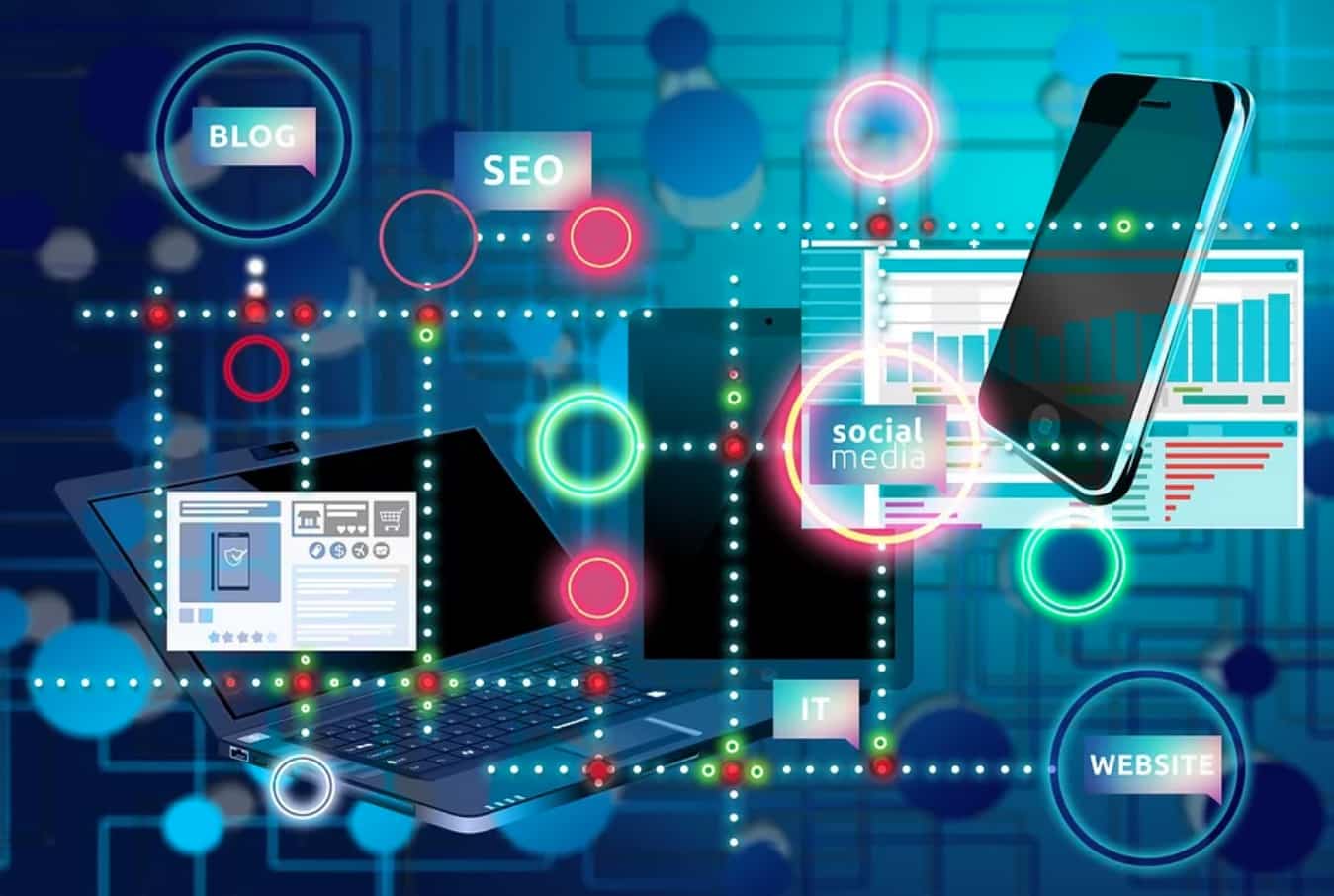 There is a multitude of different application performance monitoring platforms that you can use easily and with confidence.
byOwais Sultan 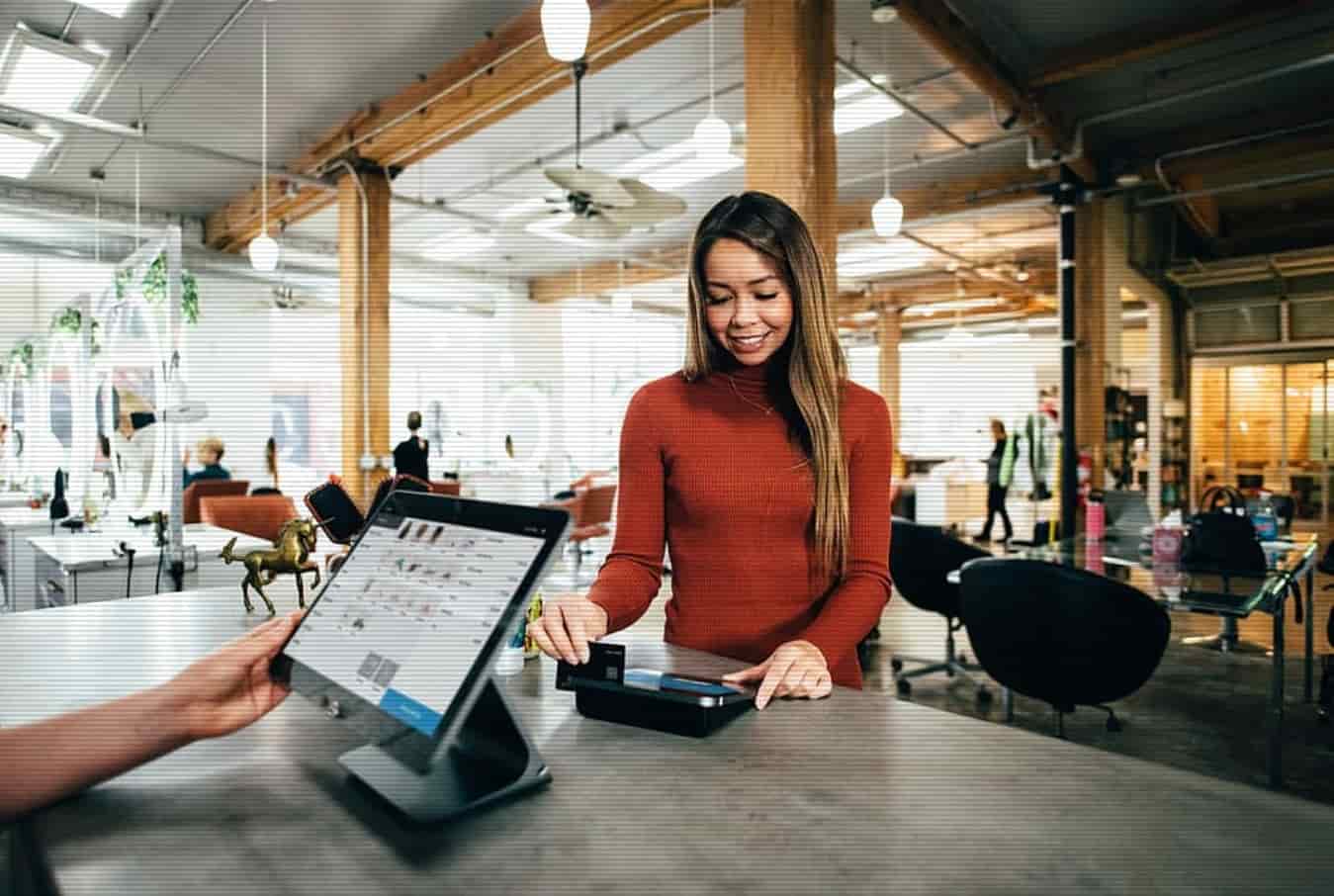 Today’s Point of Sale or POS software suites are vital tools that can...
byUzair Amir