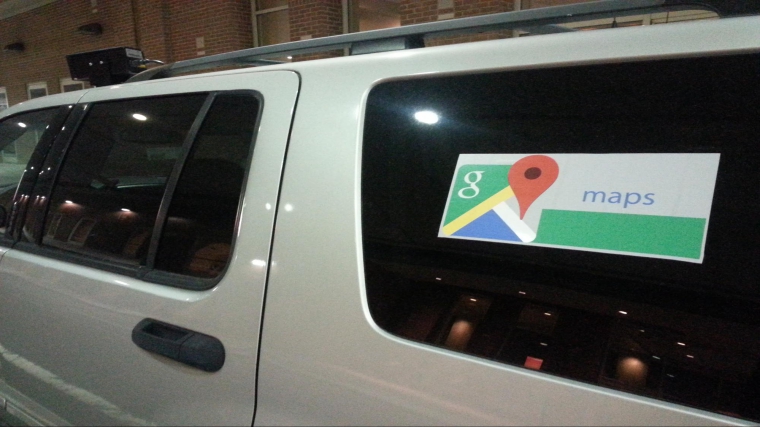 In a modern technology case of do not judge a book by its cover, a Philadelphia police surveillance van designed as a Google Maps car has been on the move in the city all this time.

To people without knowledge the van, which is parked and hidden in the shadows of the Philadelphia Convention Center might look just like your normal and typical Google street view car. The car has two license plate cameras on top, and it has a Google Maps logo stuck on its windows. Matt Blaze, part of people with technological knowledge knows what it really is. The University of Pennsylvania computer and information science professors says the car is nothing more than a surveillance vehicle lurking on the streets of Pennsylvania. Blaze actually tweeted a photo of the van on the street, with the caption “WTF.”

He is perplexed and maybe rightly so. Why government agencies would go to such lengths to disguise themselves is incomprehensible. Another question is which one of them would go to these levels.

The city’s fleet manager and has his signature on the placard placed on the dashboard of the car, Christopher Cocci, said that the car did not belong to the police department in Pennsylvania. He also said the SUV was not for the Philadelphia Parking Authority. The two are the only users of the ALPR license plate recognition which begs the question of whose vehicle is it then?

[must url=”https://www.hackread.com/nypd-brings-in-x-ray-vans/“]Everything in New York to be X-rayed as NYPD brings in X-ray vans[/must]

[must url=”https://www.hackread.com/snoopsnitch-the-app-that-detects-govts-stingray-mobile-trackers/“]SnoopSnitch — An App That Detects Govt’s Stingray Mobile Trackers[/must]

In an email interview with Vice, Cocci said that all cars that were used by the police, firemen, and street cars were all registered to the city. Public agencies in the city such as PPA, Housing Authority, PGW, and the School District all had vehicles which were registered with their respective agencies. Mr. Cocci believes the car is part of a law enforcement agency surveillance scheme.

Suggestions strongly point to the fact that this car is a city police car unless of course the fire department or the street view department are now using the ALPR registration tag. This means that the Philadelphia police have been on the streets unnoticed taking pictures, countless number of them, without being noticed. ALPR registered vehicles could take unlimited photos in Philadelphia and store these images. In the city, the police can keep them for a year even when the public is not under investigation.