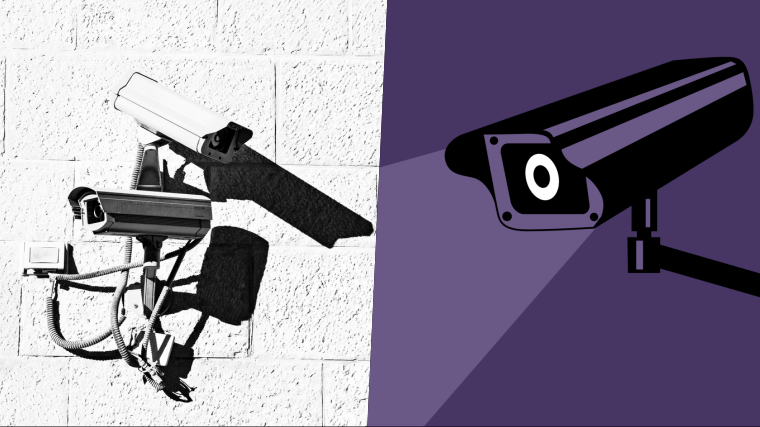 Security cameras are widely used around the world but did you ever think what privacy threat they pose to us? — Here is a stunning research from Romeoville, IL-based tech and security firm Protection1.

The recent Lizard Squad hack which resulted in a lot of CCTV cameras targeted and hijacked by a DDOS attack has highlighted the need for better security cameras. A study conducted by Protection1 shows how many security agencies do not take things seriously, Protection1 report.

The Lizard Squad hack is not the first instance of security cameras being overridden and used to spy on people. The widespread hack has brought to light once again just how many security cameras are under operation without any sort of protection, making them sitting ducks for any hacker with moderate skills. The CCTV cameras in the US that were attacked by the Lizard Squad hack were used in a wide range of areas from home security and traffic cams to cameras in banks and restaurants.

The ease of carrying out this attack prompted security company Protection1 to investigate the matter. The rising levels of sophistication of hacking tools and the incompetence of security personnel to keep in touch with hackers have made hunting much simpler for hackers. In a bid to understand just how serious the situation is, Protection1 analyzed 6,000 unsecured or open cameras all over the United States of America to find out which companies do not take your security seriously. They pulled data from the cameras using insecam.org and mapped and analyzed the locations to generate results.

“The risk inherent to unsecured cameras has widespread implications, from the average home, to corporately operated facilities. This vulnerability can convert a valuable security tool into a liability – so raising public awareness around this issue was really important to our company.” Brandon Fleming, Marketing Manager at Protection 1 told Hackread.

The report highlights which states have the highest number of unprotected security cameras per 100,000 residents. Heavily populated cities like San Francisco, Los Angeles, Boston, Miami, and New York, were revealed to be under serious threat of being attacked in a fashion similar to the Lizard Squad hack. Despite many of these cities having areas where high-profile activities like international trade or technological innovation take place, the level of security of the cameras is a joke. So lax is the security that most of them do not even have any sort of password protection, which means that they are literally up for exploitation by malicious users. 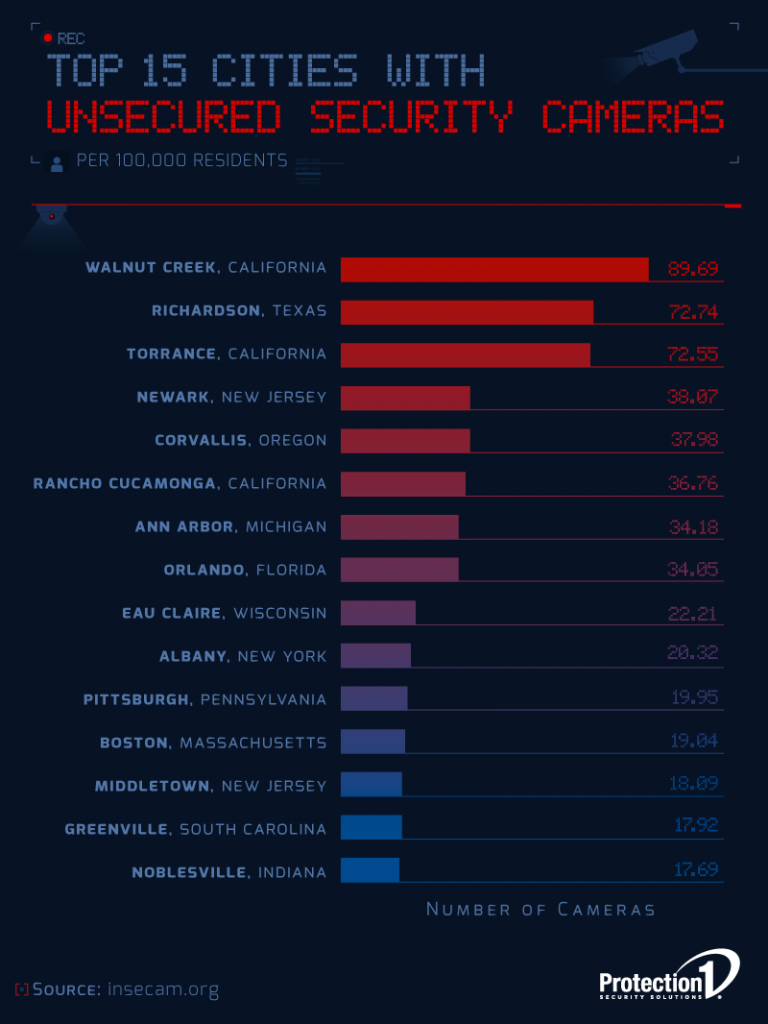 89.69% of cams in Walnut Creek, California are unprotected / Image Source Insecam and Protection1

Talking about the states with the highest number of unprotected cameras, North Dakota tops the list, with 7.8 unprotected cameras for every 100,000 residents. District of British Columbia is second with 5.8. But the most troublesome finding of Protection1’s study was the alarming state of security cameras in Washington DC. Despite the huge number of important activities taking place in the capital of the United States of America, there are many unprotected and unsecured security cameras in operation in the city. 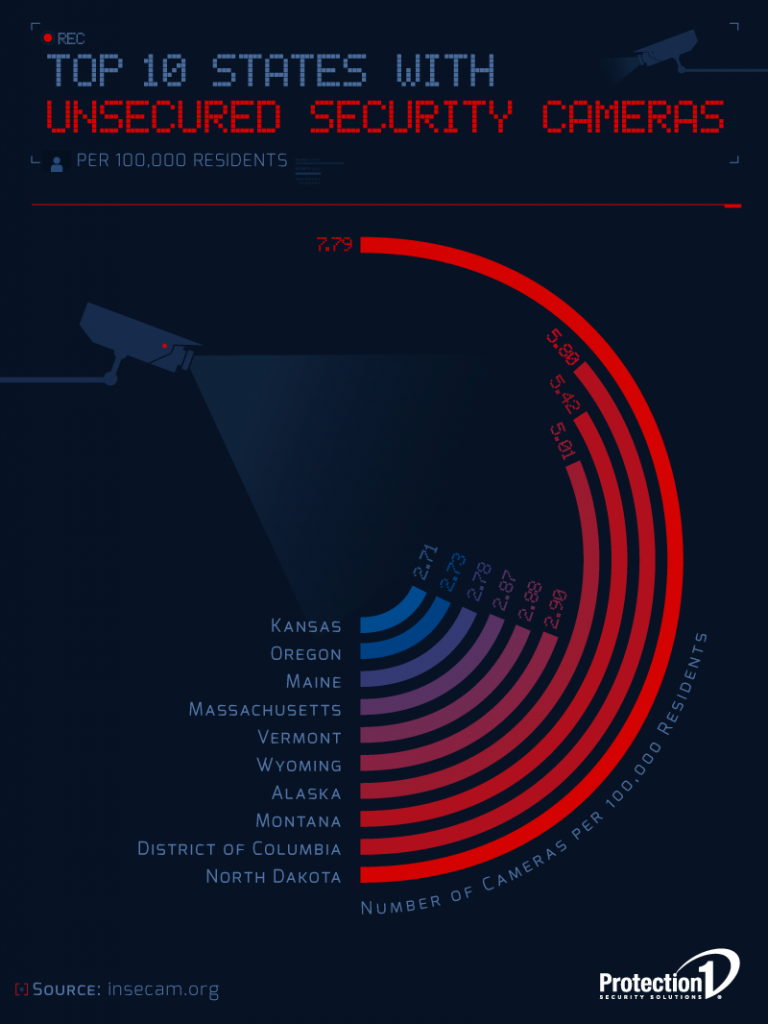 Outdoor parks and parking lots seem to have the highest number of unprotected cameras in use, while residential households are not too far behind. The fact that 15% of American households have security cameras that do not even have password protection means that their own security cameras can be easily used to spy on them. Their own security system can be used against them. As for businesses with the highest number of unprotected security cameras, industrial buildings, and retail or clothing stores are the top two, with 38.19% and 35.23% of the businesses running unprotected cameras respectively.

Warehouse industry tops the list of unsecured security cameras with 38.19%

If you want to protect yourself, it is always good to have password protection for your security cameras. Use strong passwords which are difficult to crack so that you remain protected. The need for not using out-of-the-box settings cannot be stressed upon enough. But despite securing your home cameras, there is no guarantee that the grocery or retail store you frequent will take similar steps. One can only put a word out and hope they take things as seriously as they should.