How much do you know about the TikTok ban? Will, the United States take ownership rights? Can a VPN bypass the ban? Find out all about it here!

How much do you know about the TikTok ban? Will, the United States take ownership rights? Can a VPN bypass the ban? Find out all about it here!

The rights of a billion-dollar company are on the line and around 39 million US users are about to lose access to the biggest entertainment platform in a few days! However, the Chinese government backlashed a few issues, making the deal almost impossible.

So, what’s the final verdict? Will ByteDance give full ownership to the Americans? Or, will they risk losing their second-largest fan base in the world. The ban has already been imposed in India, and if it hits the United States, ByteDance could deal with major losses!

In case you’re wondering who owns TikTok, it’s a Chinese parent company called ByteDance. According to the company’s policies, they stand by a strict no-sharing law; referring to selling off user data to the Chinese government.

Donald Trump, however, believes that this social sharing app is a major threat to the National security of the United States. He claims that ByteDance would hand over all user data to the Chinese government as soon as they demand it. It’s no secret that TikTok is a Chinese-owned app and that most of the apps were accused of spying on citizens from all over the world.

So, how is this company and app any different from the previous allegations? Have you taken a look at the app’s privacy policy? Here’s what they mentioned regarding the policy applying to US citizens:

In a nutshell, the parent company is inclined to hand over any information that might be extracted through legal forces. So, how does that help in relation to what they claimed?

Along with that, Trump also passed an executive decision regarding diminishing any transactions towards the Chinese companies that own TikTok and the WhatsApp alternative app called WeChat.

Both apps were designed without any solid security structures and created with absolute zero encryption. The Chinese government inherently spies on its citizens through these apps, so how is that any different for the US citizens that use the very same applications?

What’s the deal? Is TikTok for sale?

Trump gave them a 90-day deadline until the offer no longer exists, along with banning the app entirely. All downloads and updates are soon to be ceased by the 27th of September, and if the deal is not in the works till a few days after that, the ban will be made official on the 12th of November.

The Chinese government enforced new laws against plans made on any tech exports, and put restrictions in the way of the ByteDance-US deals that were already in the works. The laws stated that each export needs to be run by the Chinese government, and that too will take up to 30 days of processing.

This means that ByteDance would now need an approved license to go ahead with the sign-over deal. These laws existed aforehand but weren’t updated since 2008. The new laws were a direct hit to slow the selling of TikTok.

Did ByteDance agree to the terms? Yes, they did. They mentioned they were willing to abide by the regulations. This further strengthens the tensions between the China-US operations.

During mid-September, a new deal was propagated. ByteDance made an offer for the creation of a US-subsidiary app called TikTok Global, which will be partly owned by American companies, Oracle and Walmart. The board members for ownership will be a 4 by 1, with four of the members being American, and the 1 chair given to ByteDance. On this, Trump further extended the deadline for the ban by a week.

However, the ownership rights weren’t taken so lightly. The settlements were propagated giving Oracle and Walmart 20% while ByteDance to own 80% of shares. However, according to the two American companies, they stated that ByteDance will get 0% ownership of the new TikTok Global.

What about the TikTok algorithm?

If ByteDance fails to deliver the TikTok algorithm to the new owners, the app itself will lose a lot of users? The algorithm is crucial for the app to thrive. It’s like giving someone a recipe of apple pie and telling them that only apples go into it, leaving out the other ingredients. If the algorithm isn’t offered, it’ll have to be redeveloped.

On another note, will US citizens be able to access TikTok if the ban is imposed?

TikTok being banned in most countries, there are still workaround methods to get access to it. Using the best VPN that comes with top-of-the-line encryption and obfuscation technologies is your way around the ban. However, it won’t be that easy to get access to the platform, since the ban won’t be taken lightly.

There are quite a few VPN services in the industry, but only a handful of premium providers work best in situations like these. There are particular features to look for when choosing a VPN that works amidst the TikTok ban in the US, and for that, you need to get your hands on reliable VPN services. Here’s what to look for:

The verdict can’t really be foreseen now, since the deals are still in the making. However, what you can do in the meantime is remain cautious while using apps like these. There are constantly warning signs, urging children not to post sensitive information like whereabouts or US affairs on apps like TikTok, since there are chances of the app being monitored by the Chinese government. 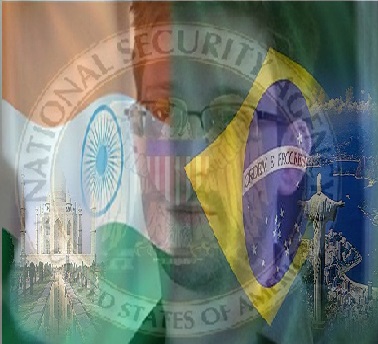 Loser.com domain owner is not a fan of Donald Trump ? Just like itanimulli.com (reverse of illuminti.com) redirects users to the…
byWaqas