Someone hacked into this electronic traffic signboard and left Drake’s Steph Curry song Lyrics. It is unclear who did it but they seem to be a fan of Canadian rapper.

The NBA Finals are just round the corner and it has been six days since we saw basketball.

Clearly, everyone got annoyed when the electronic street sign at San Francisco was hacked by someone just to display some NBA-oriented content on it.

That brainy chap decided to post Drake’s “Chef Curry with the Pot” lyric from “0 to 100” to show support for the MVP and the team. 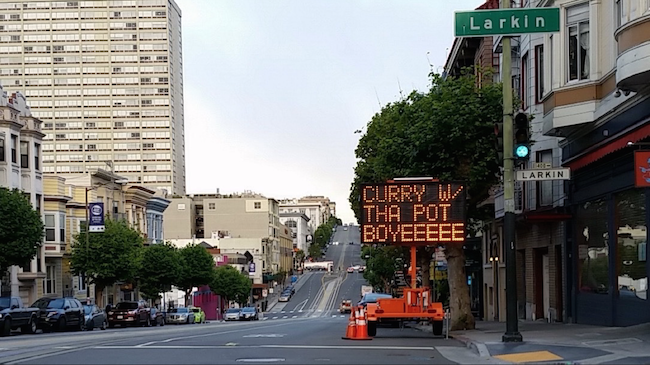 In March 2013, a group of Serbian students penetrated into a billboard advertisement and defaced it with the logo of The Pirate Bay.