Apple is strict on privacy which is a positive thing to do but what if you would like to transfer or backup WhatsApp data from an iPhone to a PC?

Apple is strict on privacy which is a positive thing to do but what if you would like to transfer or backup WhatsApp data from an iPhone to a PC? Here’s what can be done.

Recently, I made the switch to an Android smartphone being a long-time iPhone user. That’s enough to let you know this isn’t an Apple sponsored post but my point – what were the pain points I encountered or anyone would encounter when switching phones with entirely different platforms? The answer apart from the learning curve involved would be transferring one’s precious data.

Building upon this, there’s a decent app available named MobileTrans which covers this issue specifically and so we thought it’d be worth covering. Developed by Wondershare; it is a desktop application that allows users to, for example, backup Whatsapp data from an iPhone to a PC seamlessly.

Yet, this is not all of it. Built for consumer ease, you can use it to transfer over 15 different types of data including your photos, videos, documents, contacts, messages, apps, and much more by using it as a centerpiece that serves as a connection between your old and new device. The supported data types though differ from platform to platform:

On the other hand, as it supports thousands of devices, you don’t have to worry about having the latest model either nor do you have to be a tech geek to operate it (hello iTunes). The only caveat though is that your device should not be very old. As an example, you should at least be running an Android on version 2.1 (Android Eclair) which was released back in 2009.

Coming to security, the creators claim that they store none of the user data without their permission which is very important since with advancing tech, we have seen the problem of privacy invasions arise. If they can reliably guarantee this claim, it can help them go a long way.

With that, let’s dive into how the actual process of the data transfer works. Firstly, you have to download the application from their website and install it. Then you’re presented with a home screen where you can choose from various options as shown below: 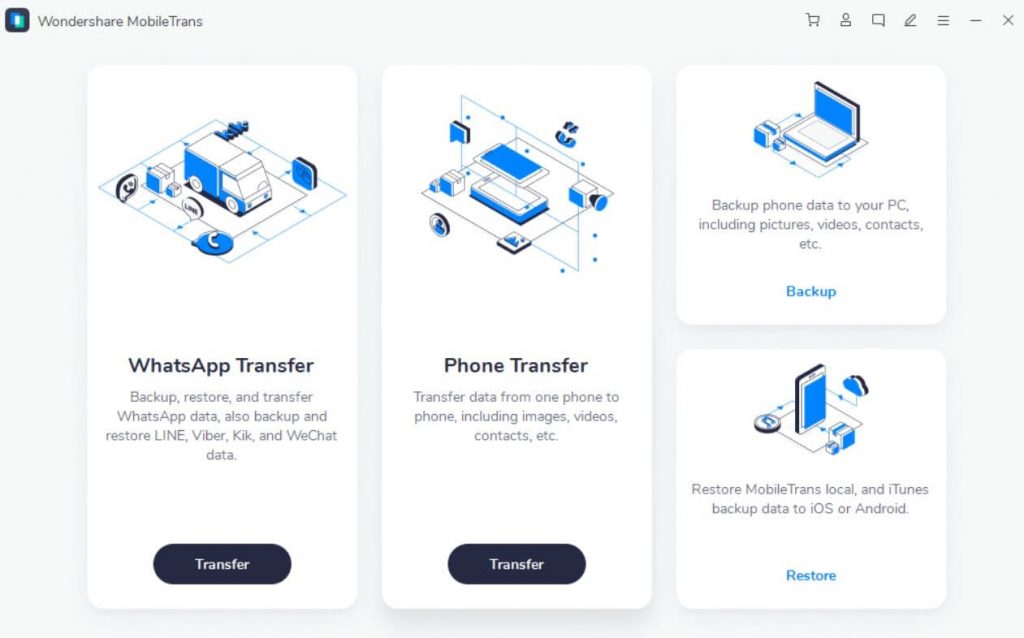 If you’re on the free plan,  you can only transfer 5 contacts across phones and back them up but not use the other options. For Whatsapp transfer, and data transfer, they have a separate plan available for $29.95/year or $39.95/lifetime.

Don’t be fooled by the name of the former though, it also includes the ability to transfer data from other messaging applications including Kik, Viber, Wechat, and Line. On the contrary, if you want all the functionality of both the phone and Whatsapp data transfer with a single plan, then it will cost you $39.95/year of $49.95 for a lifetime.

Proceeding further with the transfer, we have to connect 2 smartphones using a USB cable to our laptop/desktop and specify the files it needs to transfer as shown below: 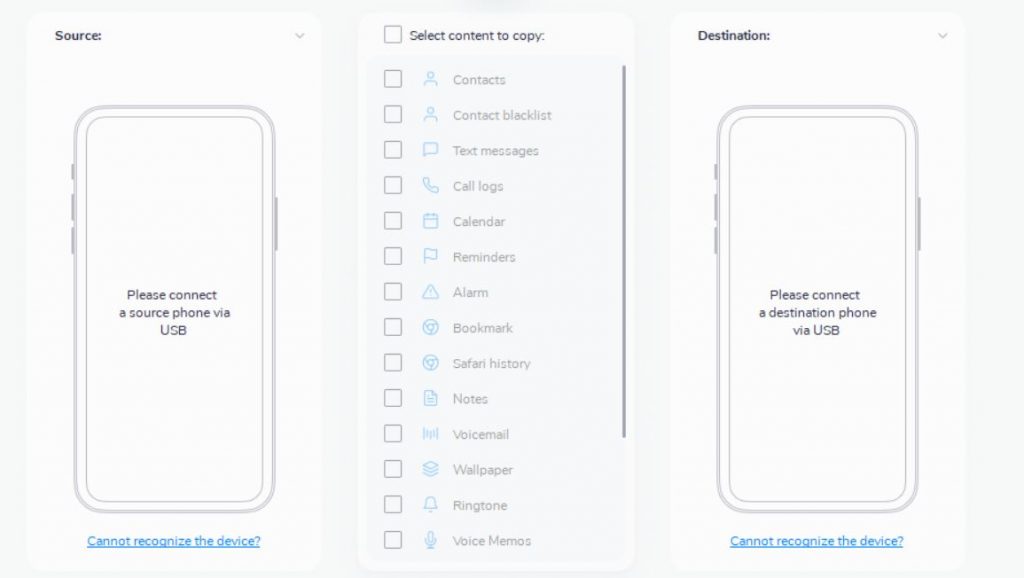 For the Whatsapp transfer module, the only difference is in selecting the messenger application of which you want to transfer the data rather than the file types, the rest is the same. After this, you’re ready to start and go!

To conclude, it is a decent application but it may have problems attracting users since the majority of its features are paid. This is especially true considering that the majority of users periodically back up or transfer their phone’s data and may not want to pay for a monthly subscription to do so – the lifetime plan may seem more appealing nonetheless.

On the other hand, it may be easier to target people who are constantly in the need of backing up their data due to its high value. A good example would be real estate agents having an iPhone with thousands of contacts they cannot afford to lose as their job depends on them and so they would regularly back up  Whatsapp from their iPhone to a PC. 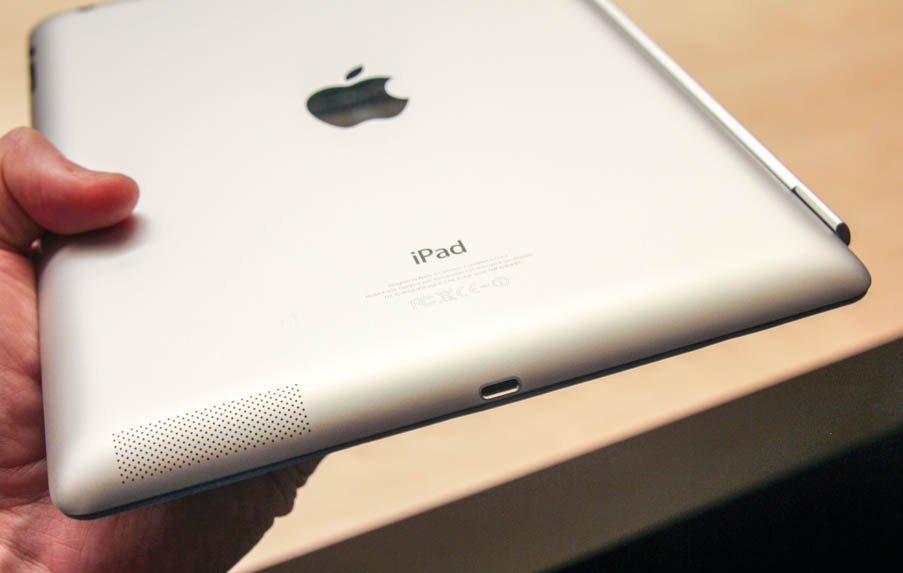