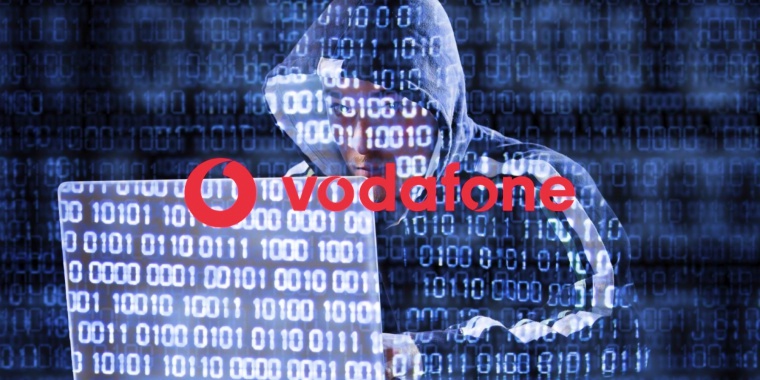 In the wake of the TalkTalk Scandal, Vodafone finally admitted that hackers did manage to steal around 20,000 Vodafone customers’ bank details.

According to the Mobile Phone provider firm, hackers gained access to 1,827 accounts and managed to steal confidential details about its customers such as name, date of birth, mobile number, bank sort codes and also the last four digits of their bank account number.

Vodafone disclosed that the attempt to hack customer data was made during Wednesday and Thursday.

Investigations started soon after and the Information Commissioner’s Office, the National Crime Agency and Ofcom were informed on Friday.

“This incident was driven by criminals using email addresses and passwords acquired from an unknown source external to Vodafone. Vodafone’s systems were not compromised or breached in any way.” Says Vodafone Representative

[must url=”https://www.hackread.com/redhack-hacks-vodafone-ttnet-turkcell-leaks-data/”]RedHack hacks ISP TTNET, Vodafone and Turkcell, leaks data of Govt Officials against death of a Gezi protester[/must]

Moreover, the company maintains that:

“Whilst our security protocols were fundamentally effective, we know that 1,827 customers have had their accounts accessed. Our investigation and mitigating actions have meant that only a handful of customers have been subject to any attempts to use this data for fraudulent activity on their Vodafone accounts.”

However, it has been confirmed that credit or debit card details weren’t leaked and thus, hackers could not directly access the bank accounts of Vodafone customers.

Nonetheless, the personal details of at least 1,827 customers have been leaked for sure and therefore, these individuals will be potentially open to fraud and phishing attempts.

In response to this issue, Vodafone representative explained that the accounts have been blocked and affected clients of Vodafone are being contacted directly and assisted by the company regarding changing their account details.

Moreover, the mobile phone company has also alerted the banks of affected customers.

The month of October has been bad for the telecom companies as just a week ago UK’s largest broadband and mobile phones service provider TalkTalk faced one of the biggest breaches in the history of cyber breaches when hackers stole data of 4 million customers. However, the alleged culprit was caught by the police.