J D Wetherspoon, a famous pub chain in Ireland and the UK has announced that they’ve faced a massive data breach when hackers steal sensitive data from their database.

The breach took place in June 2015 in which about 657,000 customers had their financial data stolen.

The old website of Wetherspoon was shut down after the breach while the credit card information of 100 customers was available on the dark web for sale. However, only the last four digits of the card numbers were obtained as the company does not store remaining pin codes in the database.

According to the statement released by the company:

“Only the last four digits of the card numbers were obtained since the remaining digits were not stored in the database. Other information, such as the customer name and the expiry date was not compromised. As a result, these credit/debit card details cannot, on their own, be used for fraudulent purposes.”

Furthermore, 15,000 company’s staff who registered on the website before Nov. 10, 2011, also had their data stolen however no financial data was stolen.

This is the second massive security breach in the United Kingdom. In October UK’s largest broadband and mobile phones service provider, TalkTalk faced one of the biggest breaches in the history of cyber breaches in which more or less 4 million customers from all over the UK had their personal and financial data stolen.

Such security breaches show how vulnerable the cyberinfrastructure in the Kingdom is. The cyber security experts have warned that the scale at which UK companies are being targeted by hackers is on the rise and is costing businesses of all sizes more and more money with every year that goes by. In fact, the latest figures show that dealing with the ramifications of cyber crime is already costing British businesses billions of pounds each year. 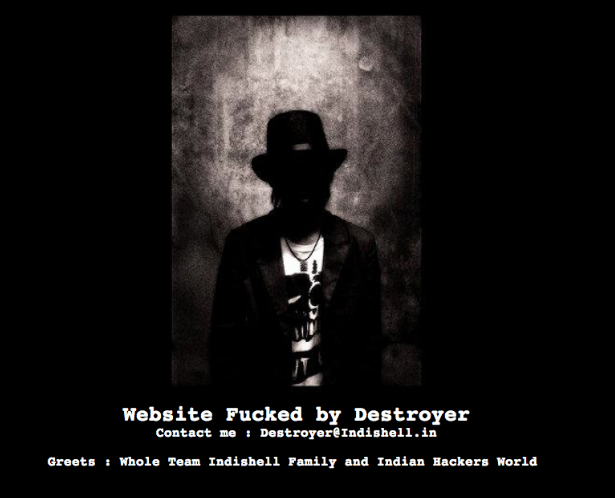 While scrolling Zone-h about Indo-Pak cyber war, I got hold of latest hack attacks conducted by famous Indian…
byWaqas

An Indian Hacker who calls himself ‘Godzilla aka G.O.D’ has claimed to gain access of the front end of official…
byWaqas