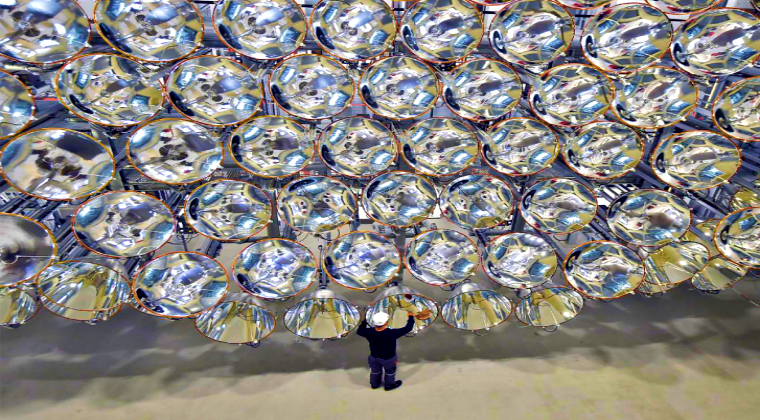 23rd March an important day in the history books of science and technologies as the world’s largest artificial sun was turned on for the first time in German Aerospace Center DLR.

The solar emulator is named as the “Synlight”; consists of 149 short-arc lamps (Cinema lights) and if focused on a single spot, could create a light 10,000 times more intense than the solar radiation anywhere on the planet. Furthermore, the giant emulator is about 45 feet high and 52 feet wide and could reach up to 3000-3500 degrees at the center. 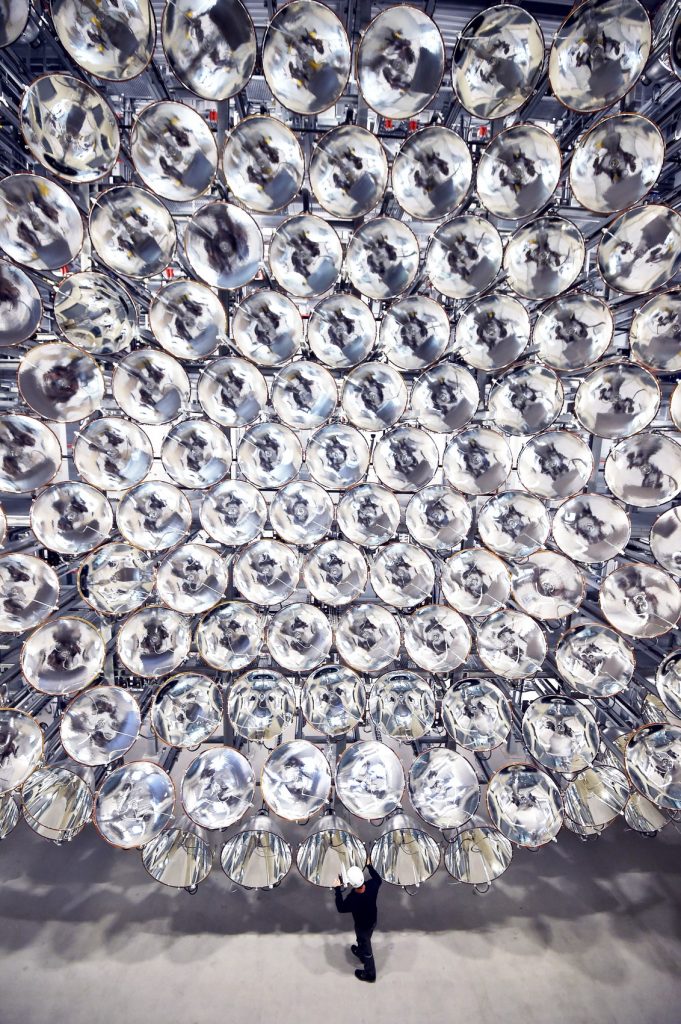 A worker at German Aerospace Center in Juelich, Germany in front of the 149 lamps which make the “world’s largest artificial sun Synlight.” (Credit: DLR)

Innovative ways of production of Hydrogen fuel is the idea behind the creation of this enormous simulator. Theoretically speaking, researchers are hoping that they can use the high temperature of synlight, to extract Hydrogen from water vapors, which would result in an endless supply of affordable liquid Hydrogen fuel. 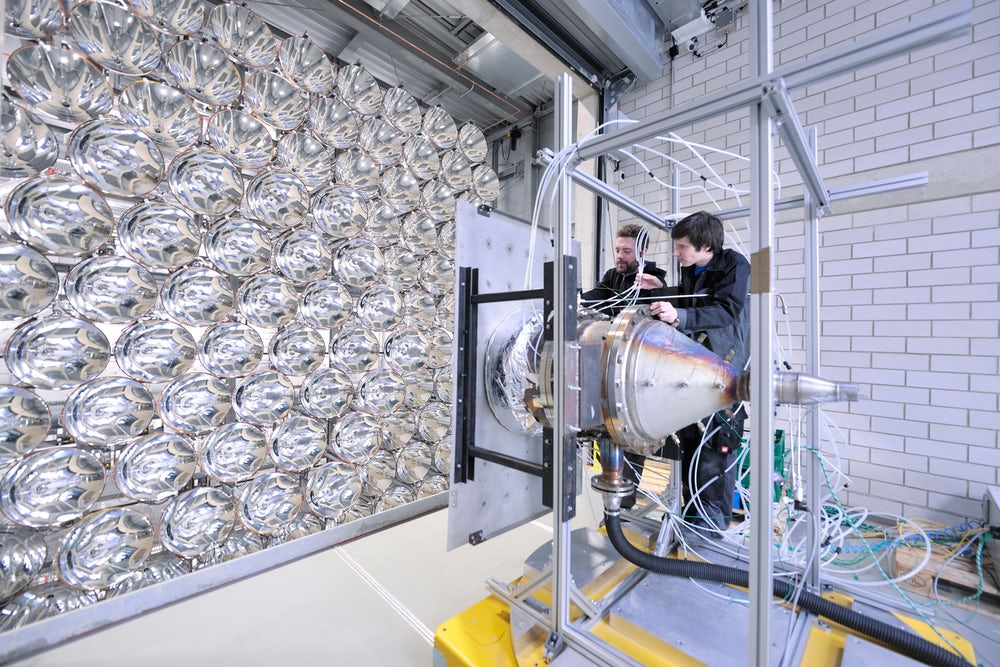 Preparing an experiment for Synlight(Credit: DLR) 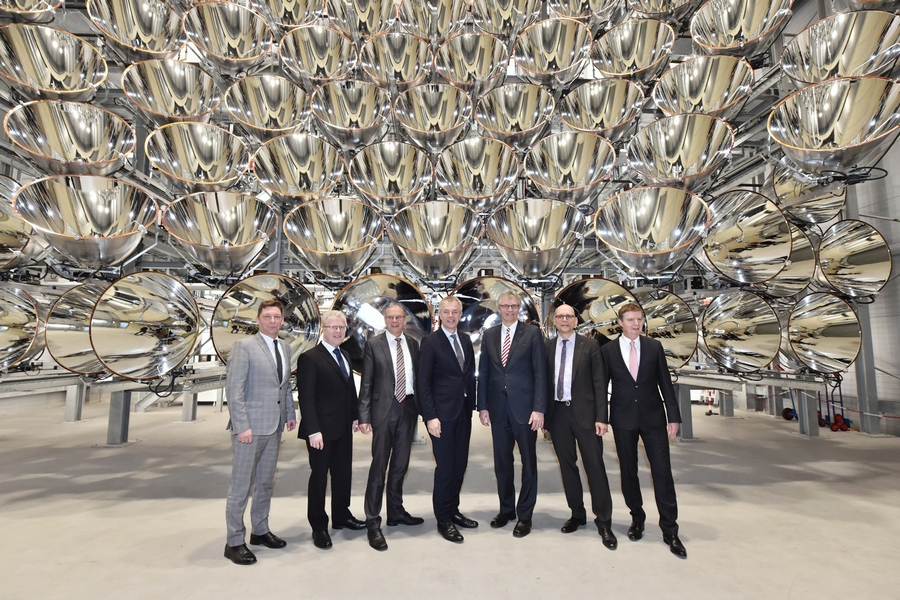 According to Kresten Lemmer, a DLR board member:

“Renewable energies will be the mainstay of global power supply in the future,”

“Fuels, propellants, and combustibles acquired using solar power offer immense potential for long-term storage and the production of chemical raw materials, and the reduction of carbon dioxide emissions. Synlight will enhance our research in this field.”

There is only one problem, the solar simulator consumes as much energy as 4-person-household in a year within an hour. Yes, you read it right, in just a single hour this is the consumption rate. The idea to create/to produce hydrogen fuel in a cost-effective way seems a bit farfetched.

Whether or not the artificial sun would be able to contribute to its original aim. However, scientists are positive that the creation of “artificial sun” could be revolutionary and it can open doors to much more opportunities in the future.