You are not alone, WhatsApp is down for many

If you are wondering why your WhatsApp is down, don’t worry,  you are not alone the messaging service is down for many around the world. It appears the service went down at 2:04 PM ET. The users are reporting on Twitter that they are unable to connect, send or receive messages from their friends and families. 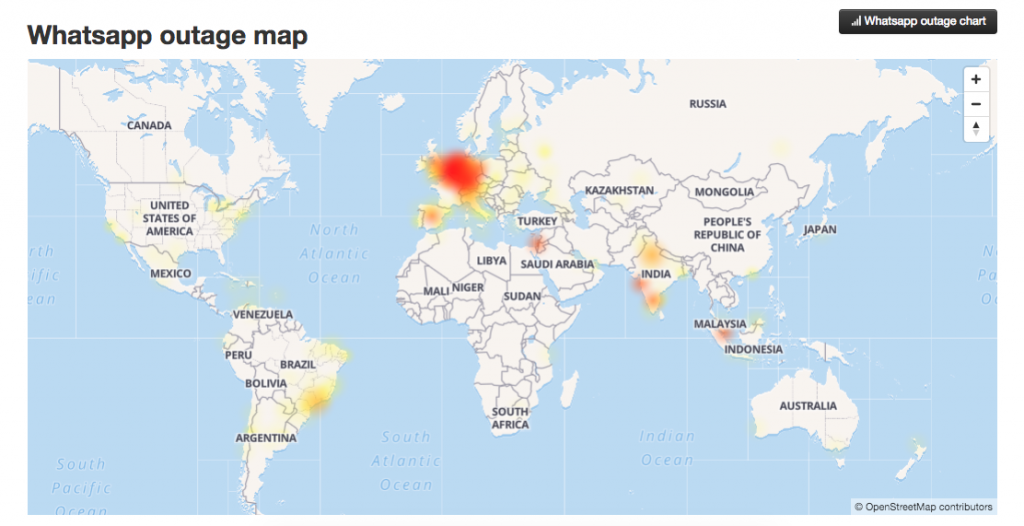 It’s unclear what exactly is the reason for the service interruption, it is quite possible that since it’s New Year’s Eve, WhatsApp servers might be overloaded. Remember, there are more than 1.3 billion monthly active users.

Here are some tweets among thousands showing users’ anger and disappointment over the app’s downtime:

WhatsApp being down is the right way to end 2017

Who else came to Twitter to check if WhatsApp is down?

There has been no comment from WhatsApp or Facebook, the company that owns the messaging giant since 2014, and bought it from the original owners for $19 Billion. However, other messaging services like Telegram, IMO and Viber are operating without any disruption.

Apart from the current outage, WhatsApp previously announced that by the end of 2017 its service will no longer work on some of the smartphones including BlackBerry device running BlackBerry OS or BlackBerry 10. Before the announcement, WhatsApp already stopped working for Nokia S40, Nokia Symbian S60, Android 2.1 and Android 2.2, Windows Phone 7 and iPhone 3GS/iOS 6.

At the time of publishing this article, WhatsApp was down. You can stay tuned as this article will be updated with new information.