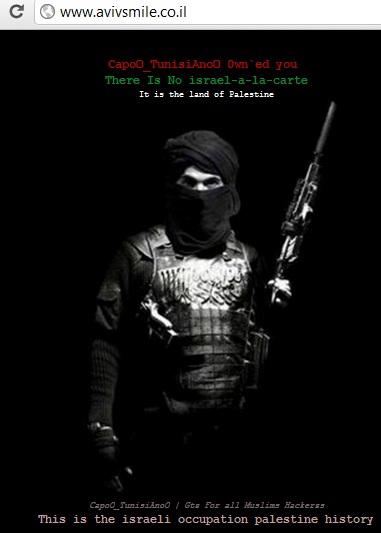 If you want to learn how one man’s army shows its power, look at CapoO_TunisiAnoO and his work. CapoO_TunisiAnoO hacker from Tunisia has hacked 125 Israeli websites yesterday, leaving his deface page on all the hacked website with an anti- Israeli message.

List of all hacked websites along with their mirror is available on Zone-H.

According to hacker’s deface message:

There is NO israel-a-la carte

It is land of Palestine

Gtx for All Muslims Hackerzs

This is Israeli occupation Palestine History.