The online collective Anonymous has attacked the Boston Children’s Hospital over the recent Justina Pelletier child-custody case, said a recent report by The Boston Globe.

The medical center has been experiencing cyber assaults since last few weeks. Although there are no direct indications that the attack could be from the Anonymous group, cybersecurity experts did not rule out their involvement because of the similarity in attacks.

Anonymous generally cripples the internet operations of its victim through traffic torrent.

An official statement released to The Boston Globe, the chief executive Sandra Fenwick said that the hospital “received a direct, credible threat against our internal network, including staff and patient information,” which sounded like DDoS attack.

Anonymous and the American people will not tolerate this abuse of our children and will retaliate using whatever means necessary in order to protect our fellow citizens from this abusive and manipulative behavior. We will punish all those held accountable and will not relent until Justina is free.”

Further down, they demand action against the doctor associated, Alice W. Newton, with the case,

To the Boston Children’s Hospital, why do you employ people that clearly do not put patient’s first? We demand that you terminate Alice W. Newton from her employment or you to shall feel the full unbridled wrath of Anonymous. Test us and you shall fail.”

Additionally, they have also questioned the judge, Joseph F. Johnston, related to the case,

Judge Joseph F. Johnston, you seem to believe that you can just abduct children away from their parent’s with impunity because you’re a judge? Wrong.”

Earlier in 2013, Linda and Lou Pelletier brought in their 14-year old Justina to the Boston Children’s Hospital to be treated for mitochondrial disorder, a rare disorder occurring among one in every 8,000 children and affects the way cells produce energy.

They were seeking a gastroenterologist to diagnose her; however, the parents never got to see a gastroenterologist, rather she was declared a ward of the state in March, 2014 because the doctors at the hospital concluded that she did not have a mitochondrial disorder, but was suffering from psychological stress caused in part by her parents.

The hospital had petitioned the state to take custody of Justina to save her from the dangerous and unnecessary medical treatments given to her by her parents. The petition had all support from the Massachusetts Department of Children and Families.

The Juvenile Court judge, Joseph Johnston, concluded that the parents were unfit to take care of Justina citing their abusive and uncooperative behavior with Justina’s health care providers.

Meanwhile, the parents have decided to appeal against the ruling. The parents were unaware of the Anonymous attack, and they are desperate to get their daughter back.

I think the whole thing has gotten out of control. I don’t know who Anonymous is. I just want my daughter home,” said the mother.

Anonymous, a group of the anarchist collective that become active since 2003, has been known to champion causes that are politically motivated, taking on big corporations such as Mastercard and Visa, and against institutions like FBI or CIA.

It steps in whenever it feels an individual is wrongly persecuted by an institution; attacking the Massachusetts Institute of Technology to express solidarity with people voicing their opinion against the treatment meted out to Aaron Swartz is a case in the point.

Update: According to one of leading Twitter handles used by Anonymous to update about their latest news has called the attack idiotic and cleared that they are not supporting such attacks.

@HackRead it was idiotic and we don't support them or condone that.

The global Anonymous network is relatively much bigger than your actual anticipation, a recent visual analysis by a…
byFarzan Hussain 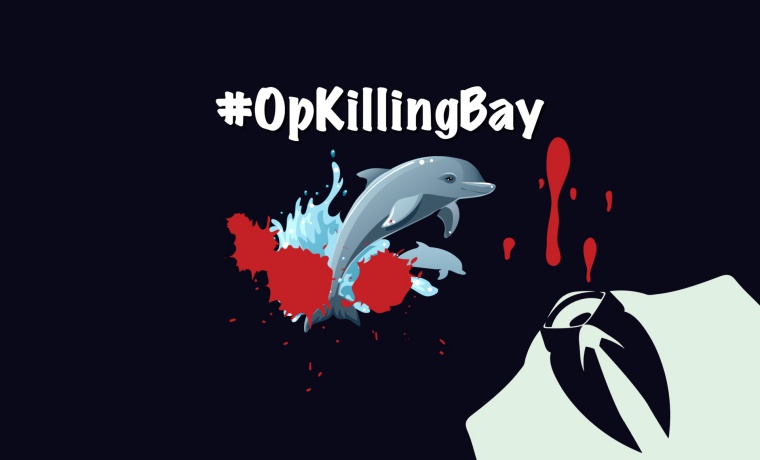