You are not alone; the social media giant Facebook and its subsidiaries Instagram and WhatsApp Messenger are down in many countries around the world for almost an hour starting from 10 pm (UK time).

The reason for this outage is currently unknown and there has been no statement from Facebook, however, users are taking questions on Twitter wondering what is going on.

Those on Facebook can see “Sorry, something went wrong. We’re working on getting this fixed as soon as we can” and “Service Unavailable” message while WhatsApp users are unable to connect and send or receive messages. Those trying to send new messages to their contacts, all they can see is or “connecting” status. Instagram users are also blocked from posting anything through the app.

By the look of it, the outage seems to have hit across Eastern United States, India, Pakistan, Philippines, Canada, the UK and number of other places. Here are some of the Twitter reactions from WhatsApp, Facebook and Instagram users:

I just learned my neighbors names are Robert and Ana, that's interesting #facebookdown

Resent, to no avail.

Turns off WiFi on phone.
Turns back on.

Checks outside to see if it’s still raining.

Finally comes to twitter, only to find out that #Instagramdown.

We are keeping an eye on the situation and once there is an update from Facebook we will update our readers. Meanwhile, don’t forget to follow us on Twitter.

Do you want to transfer data from Android to iPhone? Here are three simple steps to follow. Ever…
byCarolina 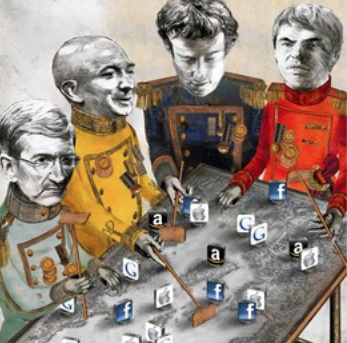