US Consumers looking for a wireless steal can now get encrypted free monthly phone service thanks to FreedomPop, the firm behind the market new entrant “Snowden Phone.”

In March 2014, Los Angeles start-up FreedomPop benefitted from rising public concerns regarding mass surveillance with its Privacy Phone, which was later nicknamed as “the Snowden phone.” 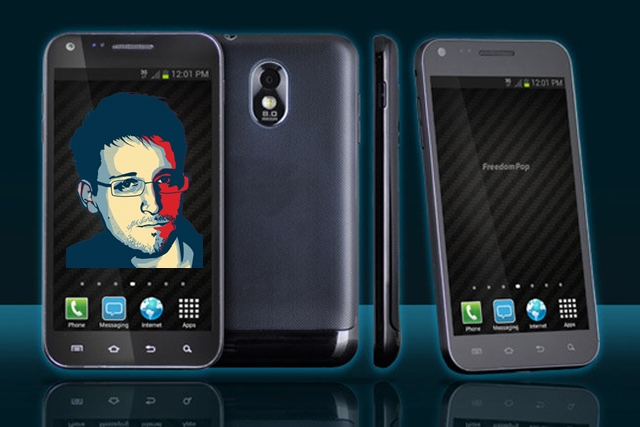 Within mere 12 hours the company sold out its opening inventory of 10,000 Privacy phones and managed to book a wait list of over 100,000 more pieces.

Almost a year later, the manufacturer vouches to diffuse mass concerns and win over the public via offering a low-priced device that is high on privacy.

“There’s a lot of demand for privacy, but it’s not compelling enough where people are going to dictate their device choice based on it.”

According to the company’s internal analysis around 90% Privacy Phone owners use it as a secondary device.

As per Stokols, the Free price tag for most of FreedomPop’s service appears to have far greater appeal for the masses than encrypted calls, Internet service and texts. The company offers unlimited service for $10.

MUST READ: Cops are hating New Apple and Google Smartphones due to their encryption.

Privacy Phone, which is a retrofitted Samsung Galaxy SII, is being sold at $189 along with 200 free call minutes, an 8-megapixel camera, 16GB of internal storage, 4.3-inch screen, 1.2GHz Samsung Exynos C210 processor, 500 megabytes of data and 500 free texts per month. However, jazzier models that offer no-cost or low-cost rates are far more popular.

FreedomPop CEO believes that the $10 software package adds about the same features as given by the Privacy Phone. Privacy Phone uses 128-bit encryption and an online private network for accessing the Internet. The exception of this package allows more flexibility in terms of location tracking and GPS services to the users.

MUST READ: Why FBI is so concerned about Apple and Google’s smartphone encryption plans?

Around a quarter users of the company download the software for making their phones more secure and private, says Stokols.

Privacy Phone and many other similar companies offering expensive solutions have made encryption somewhat mainstream. For instance, Apple announced in 2014 that it will be adding default encryption to its iPhone. However, Stokols says that Privacy Phone is a far superior option because it encrypts voice calls and features built-in online security.

Personally I think not even the ‘Snowden Phone’ will be able to protect your privacy – That’s because once you will start using apps there will be someway to breach into the phone. Remember, sometime security agencies and hackers like to challenge their skills on such self-proclaimed privacy protected devices.

Another example which supports my opinion is Super Secure BlackPhone and its developers who vowed to provide NSA-proof (anti-NSA) smartphone, but within a few months of its release, it was hacked through a text message.