Who doesn’t like elegant watches, especially those which could literally save your life, right? There are several types of watches out there such as a divers watch, Mechanical Watch, and Chronograph Watch, etc. but the life saviors lately are powered with smart technology.

In this article, we are emphasizing on Apple Watch, a line of smartwatches designed, developed, and marketed by Apple Inc. Here are 7 of the many incidents where Apple Watch saved human life with its smart technology:

1: Hole in the heart

Adam Love, a 24-year-old man from Australia was alerted by his Apple Watch that his heart rate during sleep was hitting 140 beats per minute (bpm). In normal circumstances, it’s around 60 bpm. It was then when Love decided to pay a visit to the hospital and it turned out that he had a hole in his heart since birth which went undetected for 24 years.

Not only that, but doctors also identified a serious lung condition in which his blood was found circulating in the right atrium rather than the left side. As a result, Love underwent surgery for the hole and as astounding as it may sound the surgery was successfully conducted by a 3D robot called daVinci.

“I don’t think I’d live without one now. I love it for the convenience but also the fact it just picked up something medically that I had no idea about and it potentially saved my life,” Love said. 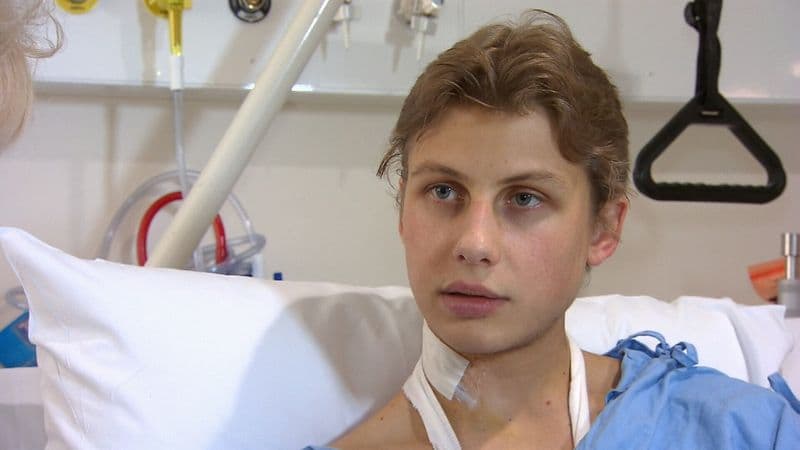 A 62-year-old Canadian citizen, Dennis Anselmos, was at work when he started feeling sick and decided not to bother his colleagues but when he saw his Apple Watch revealed that his heart pressure was extremely high and he’s suffering a serious heart attack.  911 was called and doctors were able to save his life.

Thanks to the Apple Watch’s health and fitness feature that alerted Anselmos before he could lose consciousness.

“I felt terrible – like I had a really bad flu. I worked for maybe ten minutes but said to my helper I need to sit down,” Anselmos said.

He was surprised when he consulted the heart rate monitor in his smartwatch, that was marking 210 bpm . An ambulance was called and he was taken immediately to the hospital, where he underwent surgery for unclogging arteries. According to the doctors, the heart monitor alert had a huge importance in saving his life, if a few minutes more had passed the consequences could have been fatal.

“They told me that if I had gone home and slept — as many people do — I would likely have had another heart attack, perhaps in the middle of the night. The second attack is the one that kills people mostly”, added Anselmo.

52-year-old Mr. Kevin Pearson, lives in Cockermouth in the north of England. Mr. Kevin was spending just another relaxing day reading a book when his smartwatch started beeping and alerting something is up with his heart. Regardless of the fact that Kevin was sitting, his smartwatch alerted that his heart was beating as fast as 161bpm. The watch suggested that this is a symptom of a heart attack.

“I wasn’t feeling any symptoms, such as sweating or anything like that,” Kevin said. However, he acted as the watch suggested. His watch instructed him to lay down and let it measure his heart rate for the next few minutes. The watch showed drastic rise & fall in his heartbeat varying between 135bpm to 79bpm. The beats per minute rate of a relaxing human being are between 60bpm to 100bpm.

It might have been his luck as he was already in the hospital for his father’s regular checkup. The watch caught the attention of a nurse to inquire about what his Apple Watch had been showing.

“I said ‘it’s possibly just my watch that’s wrong but can you have a look?.”

Doctors immediately told him that this state is called atrial fibrillation, a dangerous type of abnormal heart rhythm. Doctors further said that there is more to be done in this regard and he was immediately fitted with heart rate monitors that also indicated that there was something truly wrong. The reading extracted from the Heart Monitors showed that he was in the middle of something.

Ed Dentel, 46 year’s old resident of Richmond, Virginia was sitting at his home on a Thursday evening after updating the OS version and decided to download the electrocardiogram app as well. As soon as the app was download, it started beeping right away for atrial fibrillation. Dentel’s heart was beating between 120bpm and 140bpm.

“At first, I didn’t believe it”, stated Dentel.

Dentel did not believe the app and went to bed. The next day he woke up and put the watch back on and it started sounding the alarm again. Dentel then thought the watch is not used to of a hairy skin or there is some bone structure problem that makes the watch beep. He tried to position the watch in different ways on his wrist but it kept on sounding the alarm.

Dentel then decided to visit the Patient First urgent care center which had a full parking lot with a waiting room fully crowded. While in the confused state of turning back or waiting, Dentel put his watch back on and it said “AFib” again. That’s when Dentel decided to get it checked.

After entering the center, Dentel was a bit embarrassed to tell the doctor about his Apple Watch’s new app however a technician rushed and hooked the EKG machine to him and had to call the doctor who told Dentel that “You’re in AFib and the watch may have just saved your life”.

Another reported lifesaving incident happened with Toralv Østvang, a 67-year old living in Norway. Toralv Østvang fell in his bathroom and his Apple watch automatically called the Rescue service. The Apple Watch automatically sends a message to the local emergency service on detecting a fall along with all the information regarding user location if the watch detects that the person who experienced a fall has not moved for 1 minute.

After about half an hour, rescue service arrived at Mr. Toralv home and found him unconscious and covered in blood lying on the bathroom floor. He was then taken to the hospital and was treated. The Apple Watch’s fall detection feature is designed for the aged people but is totally a lifesaver if its instant behavior is considered.

The next reported incident was about a mother (Kacie Anderson) and her 9 month-old-son who were on their way back home at night. The mother was driving the car and it was quite late at night. On their way home, while stopping on a red light the mother heard a car screeching behind them. The other car was being driven by a drunk driver who hit Kacie’s car from behind at about 62 miles an hour (100/kh).

Both of them were shocked & had blind visions as anyone else. The only thing she could comprehend was sound. The mother touched her wrist to feel if her Apple Watch was there. Finding it in her hand she used the SOS service and said: “Siri, call 911.”

The Apple Watch not only called 911 emergency but also shared her location. The emergency team reached right at the spot where the incident took place the injured family was taken to the hospital.

“The moment he hit us everything inside the car went airborne. My face took a horrible blow to the steering wheel, headrest, back to the steering wheel, and then to the window. I blacked out for about a minute and could not see. My eyes were wide open but all I saw was black. My hands flew around to feel for my phone and then I realized I had my watch on and commanded it to call 911”, said Mrs. Anderson.

The next incident happened to a 13-year-old boy Jim. His father is convinced that every kid should have an Apple Watch on their wrist all the times. The reported incident took place where the Apple Watch of the 13-year-old started beeping about an atrial fibrillation situation where his heartbeat according to the Apple Watch was 150bpm.

His father called the doctors who asked them to rush to the nearest hospital. According to the video released by Apple Inc., the father said that they rushed to the hospital and he was surprised to see 2 nurses, a cardiologist, and some emergency equipment in the room.

At this time Jim’s heart was beating at around 175bpm – 180 bpm and was stable around this value. The father felt the intensity of the incident when the doctor said “I just want you to be prepared. If this doesn’t work, you’re going to be airlifted.”

Doctors were preparing for medication for Jim when the heartbeat monitor showed a drop in his heartbeat and went normal again. The Apple Watch helped this father taking action before it was too late.

There are several other incidents reported by users in which their life was literally saved by Apple Watches. The bottom line is that smartwatch technology is saving lives and helping us living healthy. 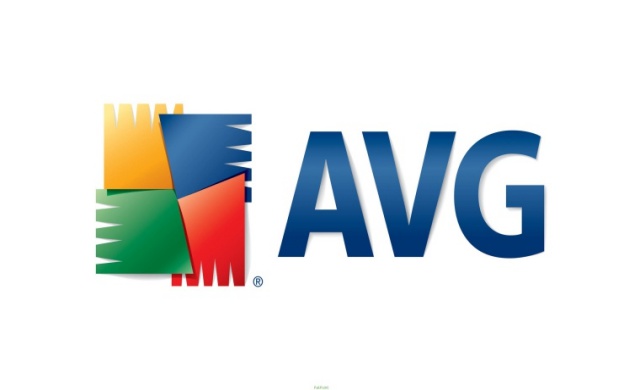 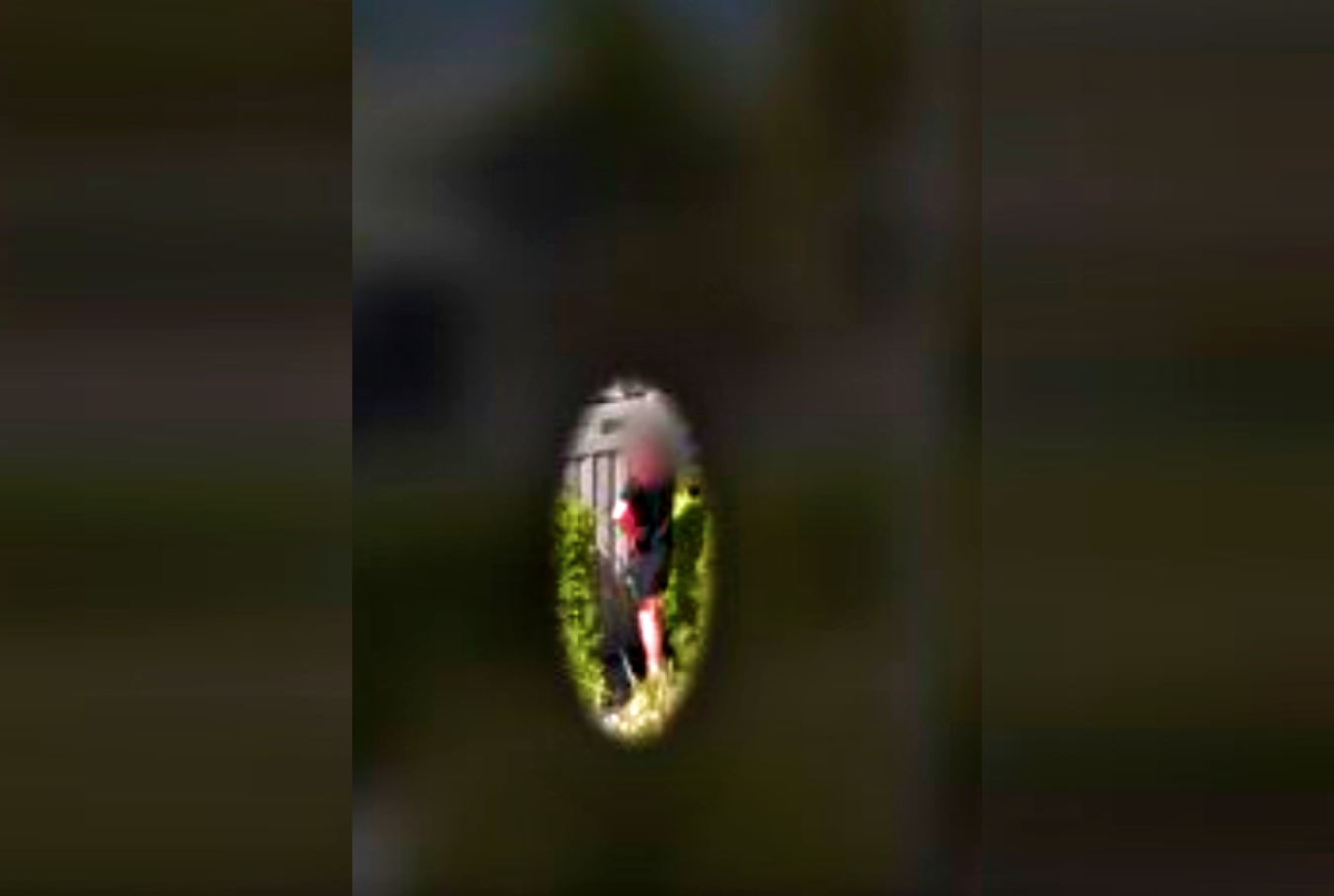 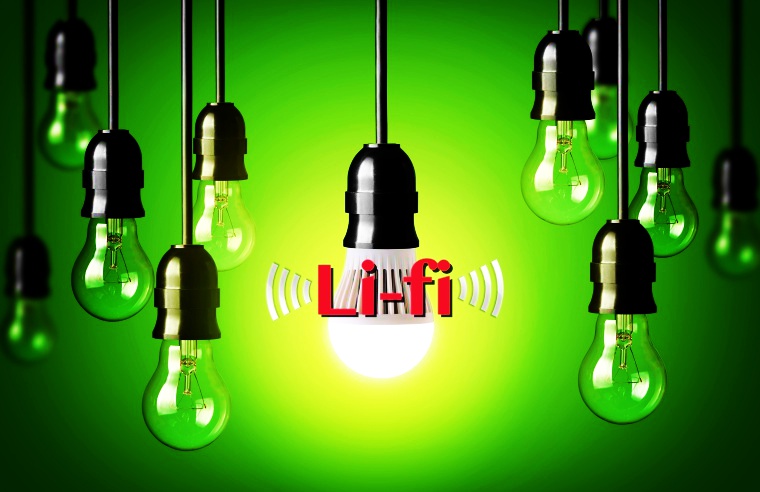