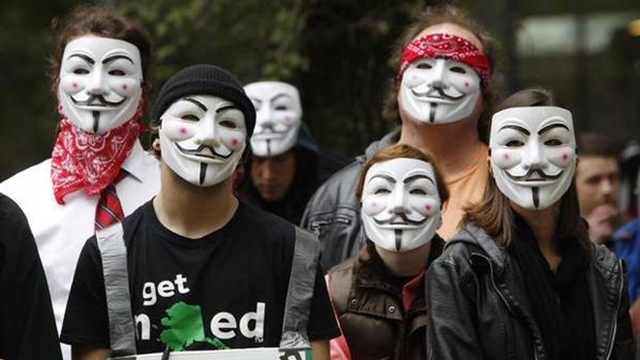 Hello American Congress. We are Anonymous. Your proposal of the so-called Online Piracy Bill is a blatant act of violation to the constitutional rights of American citizens. You claim that the bill is being passed to prevent online piracy, but anyone with eyes and ears can tell that this is false.

Chairman Lamar Smith (R-Texas.)…we know that you don’t like us, and that’s acceptable to Anonymous. We don’t like you either. This bill will make it unlawful to post copyrighted data Such as tips and walkthroughs in games, and sports highlights. More importantly, it will allow social media sites to remove re-posted videos and data from the internet. This, however, is unacceptable to Anonymous. The American Government supports the fight for democracy and Freedom of information in other countries, but when it comes to their own land they attempt to demolish it with brute force and censorship. The one thing they are yet to understand is that you can’t arrest an idea. You can’t kill an idea, and you can’t stop an idea. Every act of violence against the protesters across the globe simply fuels the fire. You do not understand that for each of us that falls, ten more will take his place. You do not understand that corporate media has been forced to show the events happening around America and across the globe. You do not understand that ideas, people, countries, beliefs and religions will fade, but the internet will remain. To pass this bill will cause public outcry, which will greatly improve our movement.

We, Anonymous, know that this is a hidden campaign to destroy the ability of people across the world to connect and share their experiences with one another. To the American Congress:

If you pass this bill, you will pay for it.