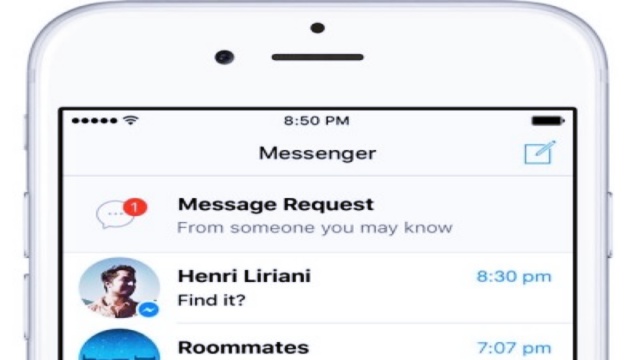 The most common problem you may face on social media platforms like Facebook is receiving unwanted messages from strangers.

But, Facebook’s new feature will help you overcome this problem and will make it easier for you to identify the strangers and the people you already know.

The new feature that Facebook will be rolling out over the next several days is known as “Message Requests”.

What this feature will do is that it will show you messages from people you have never interacted with and you can then decide whether you should continue chatting or ignore. The messages from strangers will be shown in Message Requests.

Currently, Facebook puts all the stranger messages in the ”other” section of the inbox which doesn’t show any notification to the users about those incoming messages from outside source. However, in order to send a direct message to someone’s folder the sender has to pay $1 to Facebook.

But, with this new feature users will be notified about any new message and will also have the opportunity to sneak out the time wasters.

David Marcus, who is the head of the facebook messenger, writes:

“Now, the only thing you need to talk to virtually anyone in the world, is their name.”

He further writes on his Facebook post that this feature will only be applied to a new message received on Facebook while previous chats will not be affected.

Lastly, he hinted on more exciting features rolling out on in the Facebook messenger as his team’s aim is to make the chatting experience on a Facebook lot more convenient and exciting.