Fugitive Tells Police To Use Better Photo of Him on Facebook, Gets Arrested

It has now been proven that even Most Wanted people can have bad picture days and the 45-year old Donald “Chip” Pugh has recently witnessed the same.

Pugh was arrested in Florida and was due to appear in the court in Lima, but allegedly he didn’t show up. Therefore, the city police posted a mug shot of Pugh on Facebook last week in order to notify public regarding this matter so that he could be arrested.

“Mr. Pugh is also currently a person of interest in several other cases arson and vandalism.”

The post caught the attention of Pugh, although it wasn’t the textual content that appalled the fugitive the most… it was something else. Pugh was reportedly upset at his mug shot and believed that a better picture would do him more justice. Hence, he sent the police a selfie.

While sending the replacement picture, he wrote a message to the police as well, which stated:

“Here is a better photo that one is terrible.”

In the new selfie, he was wearing sunglasses, a patterned suit and was sitting on the front seat of a car. 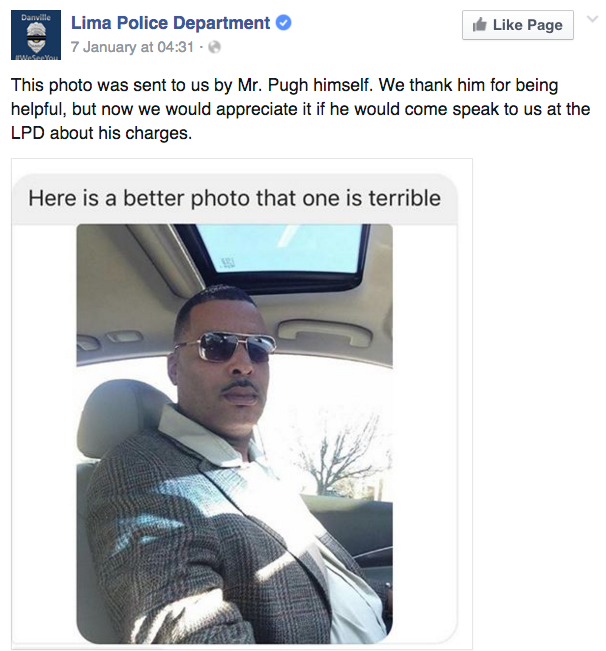 The very polite and obliging police were quick to respond:

“We thank him for being helpful, but now we would appreciate it if he would come speak to us at the LPD about his charges.”

Yet, he chose to play on. The searching episode didn’t prevent Pugh from telling his story to the public too as he made an appearance on a local radio show after the whole mug shot and selfie scenario started circulating on the web and social media, according to The Washington Post.

The city’s classic rock station 104.9 Eagle asked Pugh to make an appearance on the “Idiot of the Day” segment via telephone. This made him the first ever “idiot” to appear on the show via phone instead of being there in person. Pugh shared his plight with the listeners on the show saying:

“They just did me wrong. They put a picture out that had me looking like I was a Thundercat or somebody, man.”

He said that he was more like the gingerbread man instead of the Thundercat. While on-air, Pugh reminisced:

“My hero was this character, who used to say, ‘Run, run, fast as you can. You can’t catch me, I’m the gingerbread man.”

The hosts of the show Phil Austin and Ryan Staley tried to inquire about his location but he gave varying responses like initially, he said

“Standing in the middle of Town Square holding the sign that says, ‘Not guilty.’”

Then he changed his statement and said that

“He was Sitting in a bunker next to (drug lord Joaquin “El Chapo” Guzman) … trying to build a tunnel to get to McDonald’s.”

Pugh believed that he was a “hometown hero,” and informed that he failed to appear in court in Lima, Ohio on Dec 28 because he was arrested on a DUI only a few nights before Thanksgiving.

Pugh got arrested in Century, FL on Tuesday. He is being held on another warrant outside Georgia.

This is not the first time when a fugitive was caught because of his stupidity on Facebook. In August 2015, a Florida man involved in an armed burglary was found making fun of the cops on their Facebook page but got arrested the very next day. 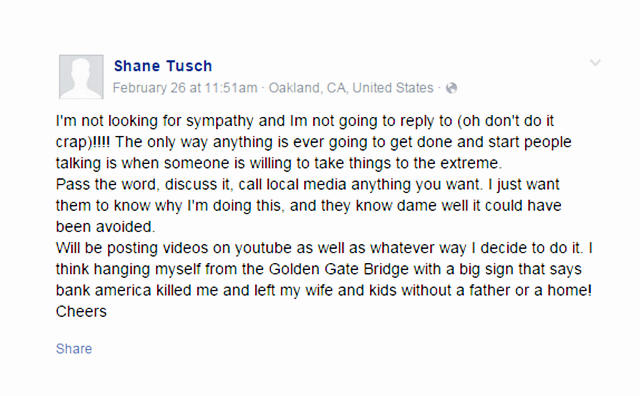 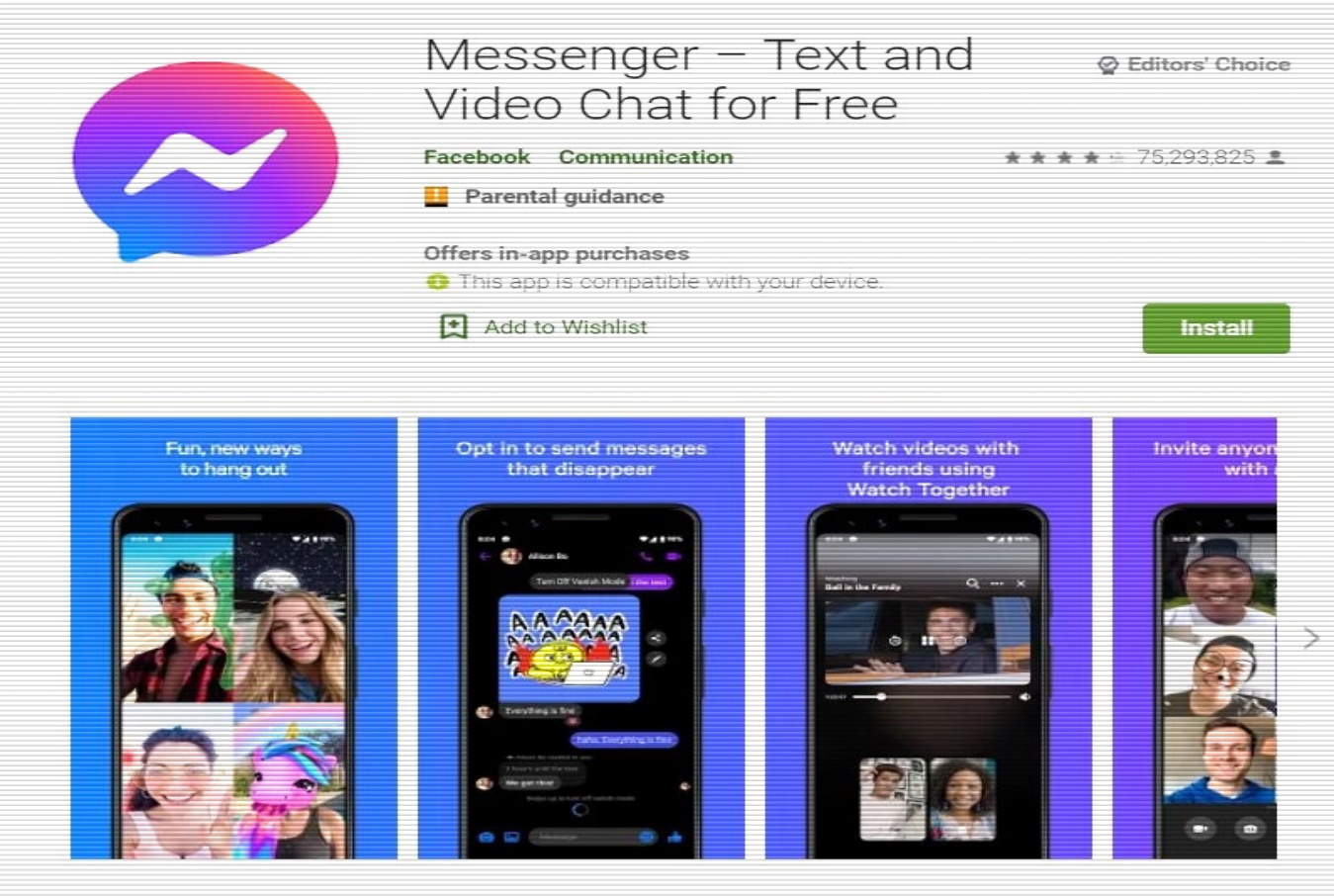 The bug was reported by a member of the Bug Hunting Team of Google's Project Zero named Natalie Silvanovich.
bySudais Asif