BlackShadow hackers took responsibility for the attack and leaked the data online belonging to Shirbit’s clients and customers.

Israeli insurance firm Shirbit became the victim of a cyberattack, and a vast reserve of personal data of its clients, most of which include civil servants, was stolen.

The attackers targeted its website and servers on Monday and later leaked the data online. The attack is currently being investigated by the Capital Market Authority and the National Cyber Bureau of Israel.

Shirbit’s website reportedly crashed after the attack and was inactive at the time of this writing. The BlackShadow team of hackers tweeted about the incident and took responsibility for the attack. The group didn’t disclose the motive behind the attack.

A huge cyberattack has been taken place by the Black Shadow team. There has been a massive attack on the network infrastructure of Shirbit Company, which is in Israeli economic sphere.

The group shared pictures of some of the leaked data, including names and addresses of family members and automobile records of the company’s clients. According to Times of Israel, the details shared by the group seem to be of Tel Aviv District Court President Judge Gilad Neuthal.

The Capital Markets Authority and the Israel National Cyber Directorate issued a joint statement on the incident. They confirmed that Shirtbit suffered a data breach, and the information was leaked online.

Israeli officials stated that only personal information was stolen and financial data, such as credit card details, wasn’t accessed. 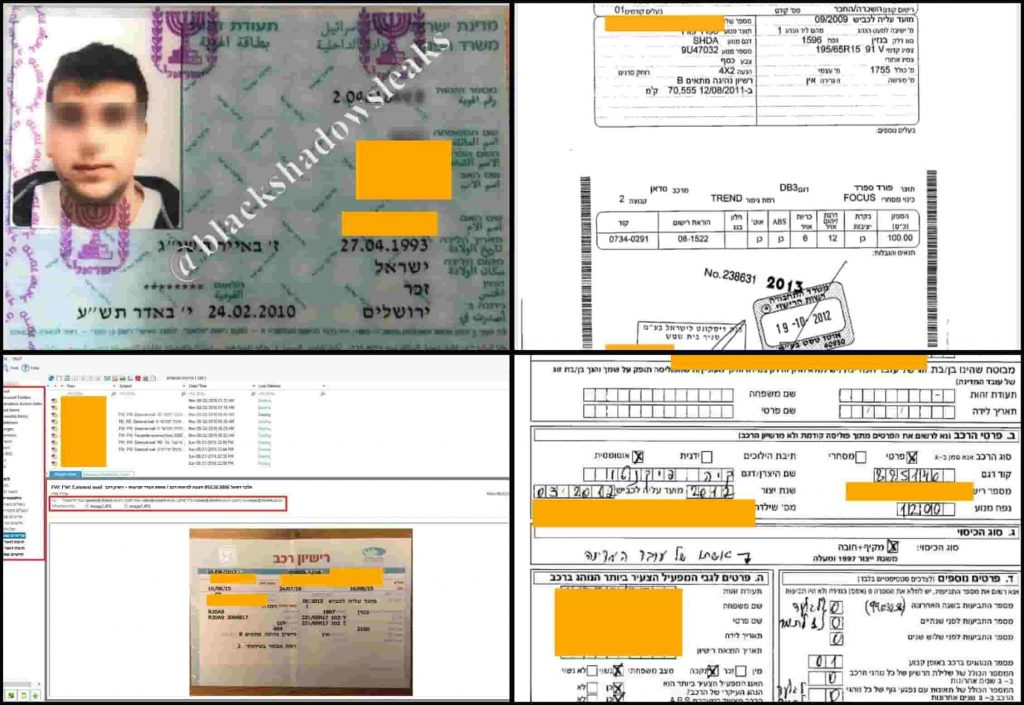 Sample data from the files leaked by the Black Shadow team (Image via @HRock/Twitter.

However, the hacker group claims that it has caused serious damage to the company’s data centers and leaked the information of a “significant part of the company’s subscribers.”

According to BlackShadow, it has Shirbit’s “subscribers identity documents, financial statements, and other company-related documents,” which can be downloaded.

“Also all of customer’s and employee’s identities have been hacked” BlackShadow added.