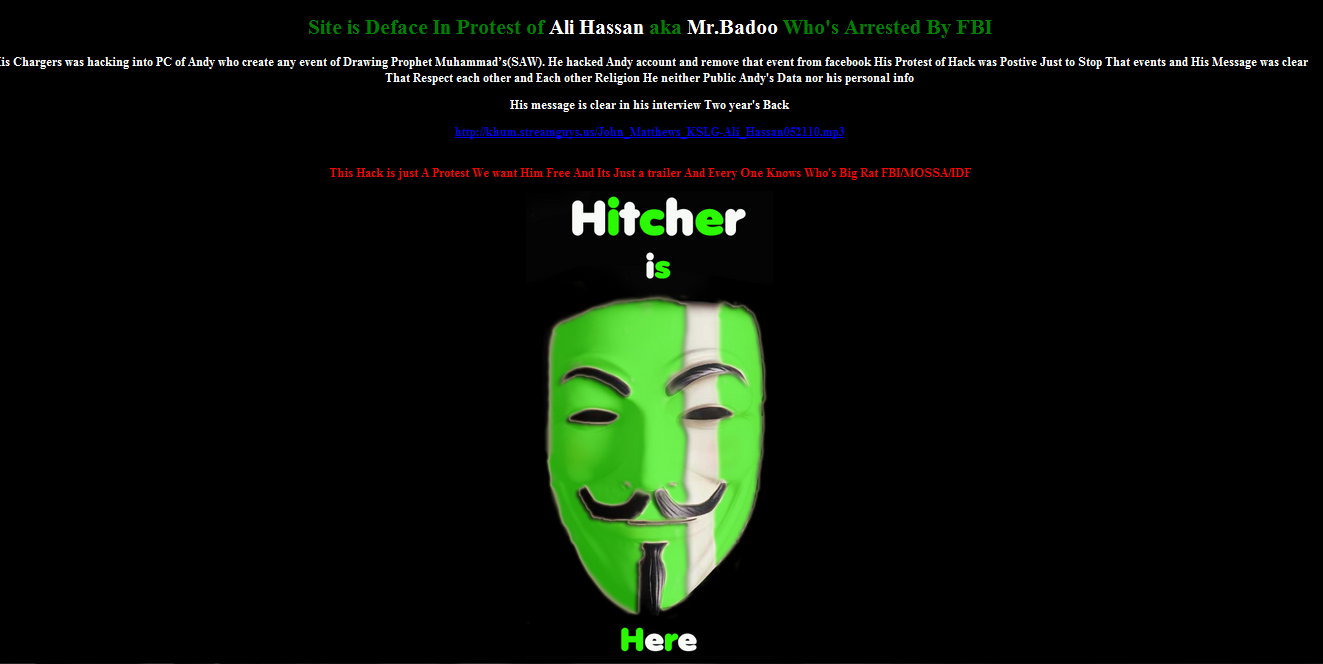 Cyber world was stunned when FBI announced arrest news of famous hacker Mr Badoo aka Ali Hassan, now the retaliation by other hacker has begen as Hitcher hacker has hacked Isreal Ministry of Finance Unit Lehava Website in protect against the arrest.

Site is Deface In Protest of Ali Hassan aka Mr.Badoo Who’s Arrested By FBI

His Chargers was hacking into PC of Andy who create any event of Drawing Prophet Muhammad’s(SAW). He hacked Andy account and remove that event from facebook His Protest of Hack was Postive Just to Stop That events and His Message was clear That Respect each other and Each other Religion He neither Public Andy’s Data nor his personal info
His message is clear in his interview Two year’s Back