A Florida based woman thwarted a dangerous hostage situation by using the delivery instructions section of an online pizza ordering service by sending plea for help.

This has now been officially confirmed that a quick thinking woman and a Pizza order can save lives.

Cheryl Treadway, a Florida woman, found herself and her three kids in a hostage situation by her boyfriend Ethan Nickerson on Monday. According to report released from the Police Department Treadway’s mobile phone was taken away by Nickerson, and later he demanded to accompany her to pick up her kids from school. Nickerson also possessed a large knife and was high on narcotics.

When the two returned to Treadway’s home with the kids, she somehow managed to convince Nickerson to allow her to place an online pizza order at the nearby Pizza Hut in Avon park through her phone.

While ordering, Treadway used the delivery instructions section of the online ordering service and included the messages “Please help. Get 911 to me,” and “911hostage help!” 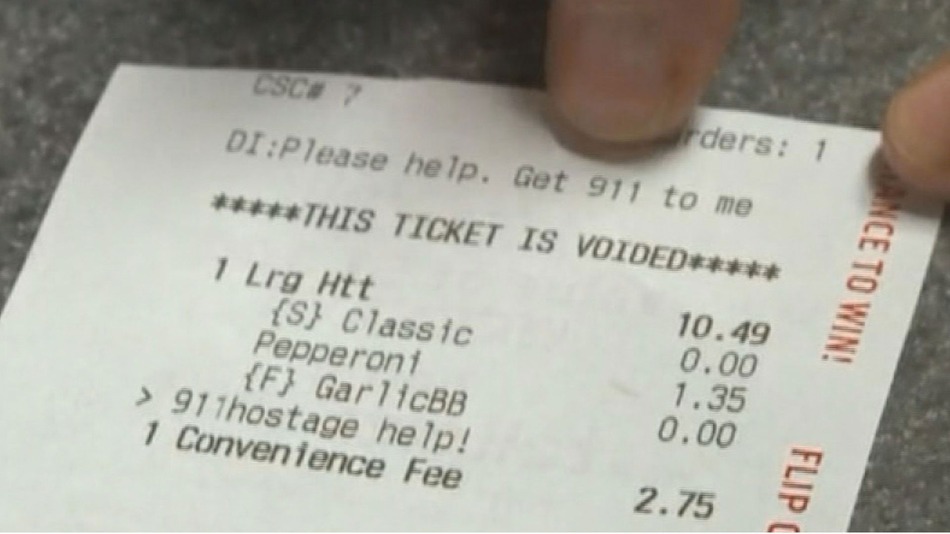 The message was spotted by Chef Alonia Hawk on the order and she later said “I was kinda scared, I was scared for the person.”

The Pizza Hut manager Candy Hamilton recognized the address as of a frequent customer and immediately called 911.

Highlands County Sheriff’s office’s hostage negotiator Lt. Curtis Ludden arrived on the location first. At the same time Treadway was exiting the house with one of her kids and the rest were inside the house with their dad.

Firstly, Nickerson didn’t answer the door but Ludden convinced him to come out quietly. Later the 26-year old Nickerson was arrested and charged with aggravated assault using a weapon without aiming to kill, false imprisonment, battery and blocking justice by rejecting communication with law enforcement.