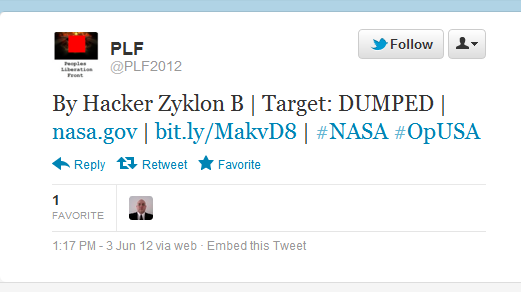 Nasa, that is known for its poor security is again under attack. This time Nasa’s Ames Research Center database was hacked and leaked on pastebin by a hacker Zyklon B.

Zyklon B also posted screenshots of of database access:

While the database can be downloaded from PHP FILE (POTENTIAL HARMFUL DATA) ;

So far Nasa has been hacked countless time and no security measures ever taken by the Nasa authority.