Delivering a speech on NSA reforms after seven months since the first revelations on NSA by Edward Snowden, President Obama remained unapologetic about the intelligence programs run by the US and affirmed that “we cannot unilaterally disarm” and needed systems in place so that US security is not undermined. The 45-minute speech on Huffington Post stressed on the elusive balance that the administration needed to strike between the right to privacy and country’s protection.  He said, “We have to make some important decisions about how to protect ourselves and sustain our leadership in the world, while upholding the civil liberties and privacy protections that our ideals and our constitution require.”

He also emphasized the role played by the NSA and FBI in preventing the cyber attacks as well as terrorist attacks and none of this would have been possible without penetrating digital communications.

Obama denied allegations about the data abuse by NSA and said, “They’re not abusing authorities in order to listen to your private phone calls, or read your emails.”

He did say that the government would no longer hold databases of every call record in the United States, but they will still be able to access call records information in some unspecified ways; Intelligence agencies will have to apply to the secret Foreign Intelligence Surveillance (FISA) court to access the phone records. The secret FISA court will include a panel of independent advocates who could voice in important cases. However, he did not mention who should maintain the information. He has asked the intelligence community to come up with an option about the data storage within 60 days.

He also added that NSA will not spy on the heads of state and governments of allies and some more protections may be granted to foreign citizens whose communications were with the agency.

President Obama commented drily that he would not like to discuss the actions or motivations of Edward Snowden, but sternly warned intelligence officials that by making public what they knew, “we will not be able to keep our people safe.”

CS Monitor reports that while senior political leaders in Brazil have welcomed the speech, there are many others who are quite skeptical about Washington following it. German Justice Minister Heiko Maas has reacted by saying that the proposal is too less a step to restore the broken trust between Washington and Berlin.

Green Party politician Hans-Christian Ströbele, who met the whistle-blower Snowden last October in Moscow, praised Obama for taking the first step but remained doubtful if the reforms will be implemented. “We know that these intelligence services, above all the NSA, are a huge power in the US and they will come up with ways so that this isn’t too threatening for them,” he said.

Matt Sledge commented in the Huffington Post, “For Snowden, whose supporters have always maintained that he is a whistleblower motivated by the Constitution’s higher ideals, the speech and the changes it telegraphs will likely come as a major vindication”.

Kate Martin, director of the Center for National Security Studies and also a watchdog in defense of civil liberties said, “We are very pleased that the President decided to institute changes on his own and not wait for congressional action. These changes represent a significant victory for civil liberties and privacy. They mirror the changes that many of us in the community have been calling for.”

What do you think about the reforms Mr. President has mentioned? 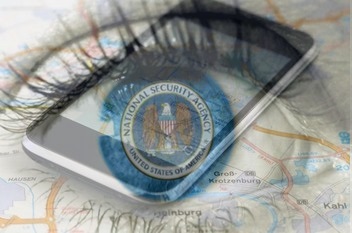 The NSA Can Track Your Cell Phones Even When Turned Off

If you thought NSA was only spying over your online activities, then add this one to your list…
byWaqas