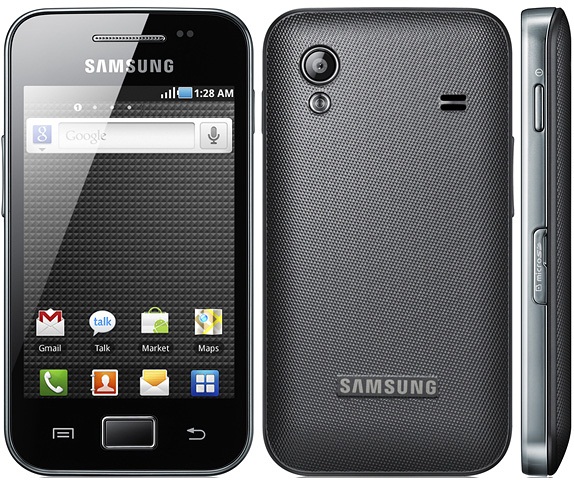 Samsung recently introduced the all new Galaxy Ace S5830 mobile phone which is an awesome production. It support both 2G and 3G networks and was announced in 2011 January. It was released in 2011 February and it weighs only 113 grams. The phone contains some smart features like accelerometer sensor for user interface auto-rotate, touch-Wiz version 3.0 user interface, Swype text input method and touch-sensitive controls. Its phonebook and contacts practically have unlimited storage entries. Its internal memory is128MB and a 2GB memory card is included and the phone can support up to 32GB micro SD memory cards. This mobile has a loud speaker, a 3.5mm jack and a Digital Natural Sound Engine for sound enhancement. Like all new cellular phones, it contains edge technology and GPRS along with 7.2Mbps HSDPA 3G network, wi-fi 802.11 b/g/n DLNA wireless LAN and Bluetooth version 2.1 with A2DP. Samsung Galaxy Ace has a camera of 5 Mega Pixels, 2592×1944 pixels with LED flash and auto-focus along with the features of geo-tagging and smile detector. Video camera is QVGA@15fps and the operating system is Android OS version 2.2 (Froyo). The Galaxy has an 800 MHz ARM 11 processor central processing unit Adreno 200 GPU, Qualcomm MSM7227 chipset. Its other cool features include, FM stereo radio with RDS, MP4, MP3, WAV player, Document editor (office, power point, outlook etc), Image editor, Picasa integration, YouTube and Google Talk, Google Search with Maps. Stand by time of this Samsung beauty is 640 hours with 2G network and 420 hours with 3G network (video conference) while the talk time is 11 hours on 2G and 6 hours 30 minutes on 3G network. The price of this Samsung Galaxy Ace S5830 is a bit high but this phone deserves a high price.