Generally, macOS is considered one of the safest OS but cybercriminals are skilled enough to find loopholes and security lapses in macOS as well. As per the latest research report from Kaspersky Lab, the most widespread macOS threat in the year 2019 was the Shlayer malware.

This notorious malware installs Any Search bar on the targeted Mac device via Adobe Flash updates to deploy adware so that illegal ads could be displayed. Apart from adware, the malware can intercept and collect browser data from the target device and alter search results to deliver a large number of ads. 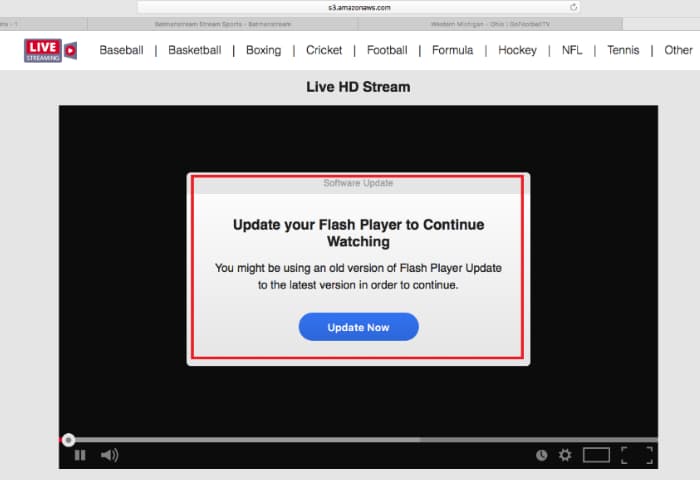 Kaspersky’s research revealed that last year the share of Shlayer malware in overall attacks on macOS computers amounted to a whopping 29.28%, which is why it is ranked among the top ten macOS threats. The malware installs multiple adware including AdWare.OSX.Cimpli, AdWare.OSX.Bnodlero, AdWare.OSX.Pirrit, and AdWare.OSX.Geonei.

It is also identified that the infection algorithm of Shlayer malware hasn’t changed much despite that it has remained active throughout the year. This aspect makes it a relevant threat and macOS users need to be careful of Shlayer.

What it looks like when the fake Flash is installed (left) – What actually happens behind the scene (Image credit: Kaspersky)

In their blog post by Kaspersky researchers concluded that,

Having studied the Shlayer family, we can conclude that the macOS platform is a good source of revenue for cybercriminals. The Trojan links even reside on legitimate resources — attackers are adept in the art of social engineering, and it is hard to predict how sophisticated the next deception technique will be.

The only way to prevent your device from getting infected with this malware is to think twice before clicking on anything. Moreover, there are many ways to mitigate the threat; such as you can install an adblocking browser or content-blocking add-on extension, or use an anti-virus/anti-malware program.

You can also use VirusTotal to scan for malicious links and files. Nevertheless, beware of unauthentic software and avoid downloading from third-party sites.

Netflix errors - How to fix them