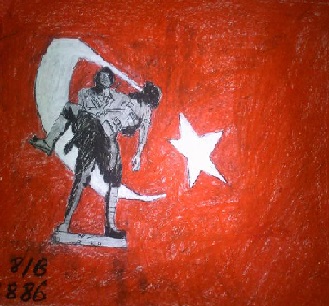 The online Turkish hackavists from Turk Hack Team have hacked and defaced 250 random websites from all over the world in a collective attack to celebrate Turkey‘s 91st Victory day.

Team left a deface page along with a message on all hacked websites, sending greetings to everyone on Turkey’s 91st Victory day on 30th of August. The deface message was in Turkish language and translated in English in following words:

The targeted sites belong to different countries from all over the world such as China, Mexico, India, US, Iran and Brazil.

Links and mirrors of all hacked websites are available here and click TurkHackTeam to read all previous hacks conducted by the group in past.

August 30 is a national holiday in Turkey to commemorate the victory in the Battle of Dumlupınar, the one of the final battles and the most decisive one in the Turkish War of Independence in 1922.

At the time of publishing this article, most of the sites were still hacked and some were taken offline.

Facebook Twitter LinkedIn Pinterest
Previous article Saudi hacker hacks and defaces websites of US embassy and UNESCO New Zealand
Next article Cyber Armageddon: In depth Analysis of What Syrian Electronic Army 'can' do if US attacks Syria