A duo of hackers going by the online handles of “Kuroi’sh & Prosox” on Twitter have hacked the official YouTube account of Vevo (Video Evolution), an American multinational video hosting service and as a result, several videos belonging to top celebrities have had their title deface meanwhile the official music video of Despacito sung by Luis Fonsi with over 5 billion views has been deleted by the hackers.

Other than Luis Fonsi, the targeted celebrities include singer Adele, Shakira, Kety Perry, Chris Brown, Stromae, Maitre Gims, Tivevo, Iggy Azalea, Marshmello, Selena Gomez, The Wolves, Vlad, Drake and tons of other top singers who have had their YouTube handles and video titles edited in the attack.

The screenshot we took shows Vevo’s YouTube channel has been hacked allowing hackers to deface the title of a recent video:

They did it for Palestine

A look at the edited titles, it is not difficult to realize that the reason for targeting Vevo was part of OpIsrael, an online operation in which hackers have been targeting Israeli as well as popular international platforms in support of Palestine.

“We did it for Palestine and at this moment we are controlling the whole administration server what is connected with an INVULP. We are including some (VRTMS),” Kuroi’sh told HackRead.

“We are able to hack a lot of systems because everyone thinks that if you were a great company you have the best security and nobody can hack you and this is a proof that everyone is hackable and that nobody can fix real good security we can bypass almost everything,” Kuroi’sh said.

A screenshot HackRead took shows titles of popular videos from Shakira, Maitre Gims and Adele have been defaced. 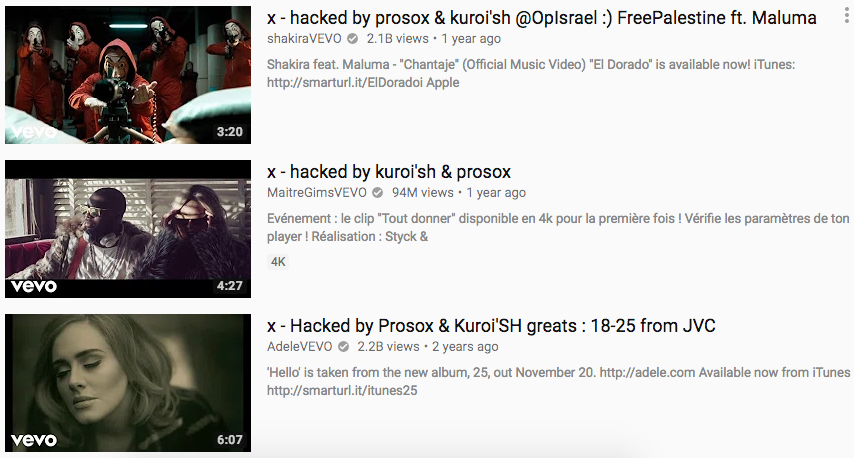 Another screenshot shows Chris Brown and Drake’s YouTube channel have been compromised as well:

The screenshot shows how the hackers defaced the Despacito video and deleted it moments later:

Kuroi’sh & Prosox are the same hackers who, just a couple of days ago hacked the official Twitter accounts of BBC Arabia and NowThis News. After taking over the accounts, hackers sent several tweets; screenshot of which is available below:

This is not the first time when Vevo has been hacked. In September last year, Saudi Arabian hackers from the OurMine hacking group not only breached Vevo’s website but also leaked 3.12TB of data online.

It is still unclear if OurMine breach helped Kuroi’sh & Prosox to access Vevo. Nevertheless, at the time of publishing this article, Vevo’s YouTube channel was still hacked.

If you are a OnePlus customer and bought their products through their website between mid-November 2017 and January 11,…
byWaqas
Read More
1 minute read 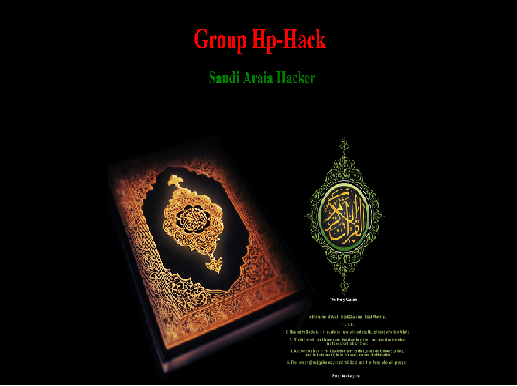 The official website of Bangladeshi Department of Immigration & Passports (http://www.dip.gov.bd) was hacked and defaced by the group of Saudi…
byWaqas