Hackers are taking over some of the most popular YouTube channels despite having two-factor authentication enabled on their accounts!

A group of hackers calling themselves ”Obnoxious and Pein” is on a hacking spree where they are taking over popular YouTube channels and renaming videos title with their own. The recently hacked YouTube channels include popular WatchMojo with 12,291,423 subscribers and RedMercy with 975,765 subscribers. 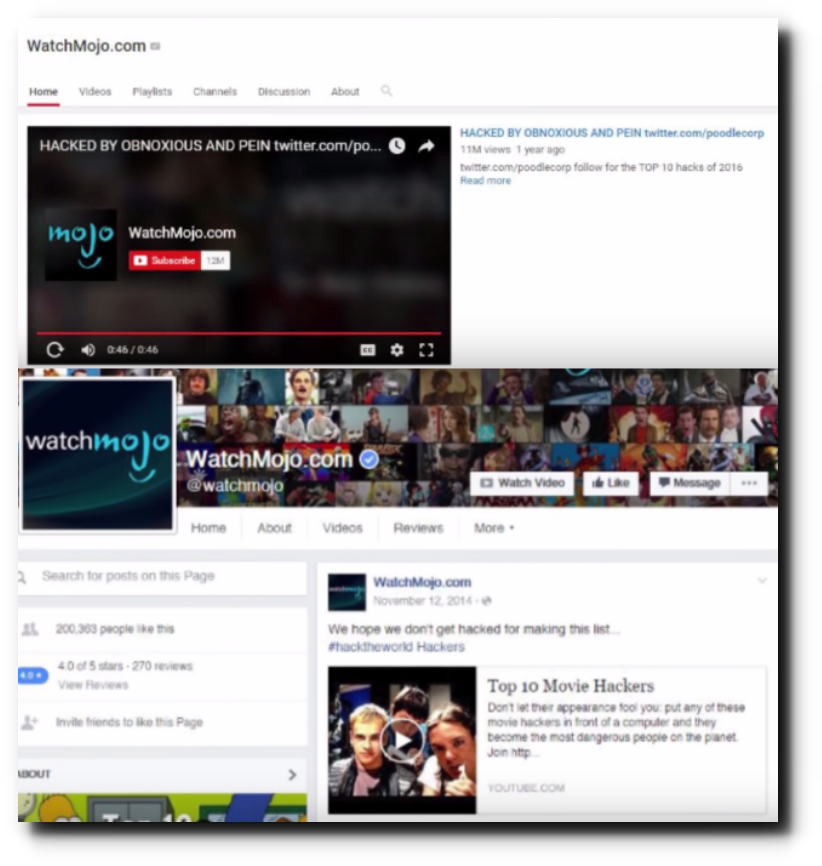 At the moment there has been no public statement from WatchMojo but the hack may affect the company’s revenue and reputation in the eyes of advertisers.

When it comes to Redmercy, a famous YouTube gaming commentary channel owned by Dmitry Garaging, things are a bit different and devastating as Garanin had not only his channel hacked but also his Twitter and PayPal accounts. Though he got his YouTube and PayPal account back the Twitter account was hacked again for the second time before being suspended by Twitter.

Garanin also posted two videos on his channel updating his users and admitted using the same password on all of his accounts allowing hackers to take over all accounts one by one, however, he also pointed out that all hacked accounts had two-factor authentication enabled but even than the hackers were able to bypass all security measures and take over his accounts.

Currently, it is unclear how the group gained access to these accounts, however, hacking of such popular channels despite their proper security measures should move Google from its secure spot and ensure security and privacy for its Gmail and YouTube users.