Hacking is no more the specialty of experts and professionals only. With the emergence of user-friendly hacking tools, the art can be easily aced by average users too. A majority of people want to know the best, free WiFi hacker tools to learn to hack on smartphones and desktops.

Despite the availability of so many hacking tutorials online, let us tell you that hacking is not as easy to learn. It cannot be learned overnight and requires in-depth research and dedication to become a pro at hacking.

However, using the handy, free tools available to learn to hack on Androids and Desktops you can get a good grasp of hacking basics. Here are the top ten WiFi hacker tools for Androids and desktops, which will help you learn some of the basics of hacking.


Tips to Follow Prior to Using WiFi Hacker Apps:

Before you start using these apps, it is important to understand some of the basic settings to be done on Android devices. With these tips, you can transform your android system into a full-fledged Linux OS.

WPA WPS Tester Android app is one of the best WiFi hacker tools available on the internet. It scans wireless networks for a wide range of vulnerabilities and can easily break the security of highly secure networks.

The app scans the connection to Access Points with WPS PIN, for which it performs calculations using different algorithms such as Blink, Asus, Zhao, and Arris, etc. Your device should have an Android 4.0 OS to run it. It isn’t a cross-platform app and can only be used on Android devices.

The app is available on Google Play Store and can help you hack WPA and WPS enabled networks. Once the network key is identified, the app will display it on your screen, which shows how easy it can help you perform hacking.


WPA WPS Tester can be downloaded from here.

Probably the most commonly used and widely famous WiFi hacker tool is Aircrack. It is an excellent password cracking app and used as a reliable 802.11 WEP and WPA-PSK keys cracking tool around the world.

Aircrack captures network packets first and then analyzes the packets to recover network password. The app can also implement standard FMS attacks after carrying out optimizations (including KoreK attacks and PTW attack) for recovering or cracking the password.

The use of optimization attacks makes the entire process much faster than other WEP password hacking tools. You might find this console-interface compatible tool a bit complex to use in the beginning. We suggest you check out online tutorials before using it.

A list without Kali Linux Nethunter is no list at all. Who wouldn’t be aware of the Kali Linux tool since it is the best WiFi hacker app? Developed by Offensive Security, Kali Linux is an open-source android penetration testing tool that requires you to launch Kali’s Wifi tool first in order to initiate the process.

The user-friendly configuration interface of Nethunter would let you understand the complex network of configuration files almost effortlessly. The app’s custom kernel supports 802.11 wireless injections. It is indeed a must-have WiFi hacker tool for Android systems.

You can perform a variety of different activities using Kali Linux such as network mapping, network controlling and wireless injection while it can be used to perform USB HID Keyboard attacks too.

Kali Linux Nethunter can be downloaded from here.

Developed by Zimperium, Zanti is yet another popular android WiFi hacker app that lets security managers to assess the levels of risk in a network. It is a very user-friendly mobile penetration toolkit. You can use it for wifi network assessment and penetration.

The app’s WiFi scanner displays the access points and the default key configuration is shown in green color. The app can be used to kill the connection and to prevent targeted access to any server/website. Using Zanti, you can understand the mirroring methods cybercriminals use so as to identify flaws in your networks and accordingly implement necessary security measures.

Zanti can be downloaded from here.

Nmap for Android is another excellent WiFi hacker app. The app scans available hosts, packets, firewalls, services and can be used on rooted and non-rooted android mobiles. But, remember that non-rooted users cannot use advanced features of Nmap such as SYN scan and OS fingerprinting. Nmap developers have already released the compiled binary versions of the app with OpenSSL support and the app is compatible with Windows and Linux platforms too.

It is an excellent open-source WiFi 802.11 a/b/g/n layer 2 WiFi sniffer app that supports fast WiFi standards. You can use it for intrusion detection as well. Kismet is perfect for wireless network troubleshooting as well and is compatible with any WiFi card that supports rfmon mode. You can use it on a variety of desktop platforms including Windows, BSD, OS X, and Linux.

Kismet impassively collects packets to check standard networks and detects hidden networks too. The app is designed for a client-server modular structure so it can easily detect 802.11b, 802.11a, 802.11g, and 802.11n traffic.

Kismet can be downloaded from here.

To crack wireless network passwords on desktops, Cain & Able is a reliable tool developed for intercepting network traffic. Once it intercepts the traffic, it identifies passwords using the brute-forcing attack method. Cain & Able can identify wireless networks through scanning routing protocols hence, it can be used to crack different kinds of passwords.

It isn’t just a popular WEP cracking tool but perfect for Windows password cracking. In fact, if you are looking for the best tool to run specifically on MS Windows OS, this is the perfect option. Named after the sons of Adam and Eve, Cain & Able is capable of performing cryptanalysis and dictionary attacks as well.

Cain & Able can be downloaded from here.

Wireshark is a popular network protocol analyzer WiFi hacker tool using which you can check different aspects of wireless connection at your home or office network. For instance, you can live capture and analyze packets to identify certain things related to the Wi-Fi network by inspecting micro-level data.

WireShark can be used on Windows, FreeBSD, Linux, Solaris, OS X, and other platforms. It although doesn’t let you recover plaintext passwords directly but can allow sniffing of packets comprehensively. It allows you to perform an inspection of a wide variety of protocols and acquire the best results through live capture and offline analysis features.

It can also be used to capture live data from USB, Bluetooth, FDDI, Token Ring, and Ethernet as well. However, we would recommend that you first gain some knowledge about networking and protocols as without adequate knowledge you might find it difficult to use WireShark.

Wireshark can be downloaded from here.

Fern WiFi Wireless Cracker can greatly help with network security by allowing you to identify network hosts and traffic in real-time. The app has been developed for the identification and fixing of flaws in computer networks. It works wonderfully well on all popular desktop OS platforms including MS Windows, OS X, and Linux.

It is currently undergoing development and an update is in the pipeline. The Pro version of Fern is available but the features aren’t as advanced as in this one.

Fern WiFi Wireless Cracker can be downloaded from here.

CoWPAtty is an automated dictionary attack tool developed for cracking passwords of WPA-PSK based networks. It is Linux OS compatible and runs on a word-list that contains thousands of passwords to be used in the attack, but the command line interface of CoWPAtty is mediocre. If the password is identified in the word-list the tool can successfully crack it.

A shortcoming is that it is a bit too slow because it has to scan through thousands of passwords and also because its hash uses SHA q with SSID seed, which means the same password will be having different SSIM. Using a password dictionary and SSID, this WiFi hacker tool generates a hash for every single word in the dictionary.

The speed issue has been dealt with in the latest version of CoWPAtty as it uses a pre-computed hash file for preventing computation during cracking. There are approx. 172000 dictionary files for 1000 popular SSIDs but for the attack to be successful your SSID should be on the list.

CoWPAtty WiFi Wireless Cracker can be downloaded from here.

The list of best WiFi hacker apps for desktops and Android devices features tools that are either free to be downloaded or have open source licenses. These are capable of cracking Wi-Fi network passwords but the time of cracking may vary as per the complexity and length of the password.

We recommend that these tools should be used for educational and learning purposes only. For ethical hacking, these are perfect apps but you must not indulge in illegal hacking activities at all. Remember that obtaining unauthorized access to a wireless network falls into the category of cybercrime. You might risk your freedom by indulging in such activities. Therefore, be wise and be safe. 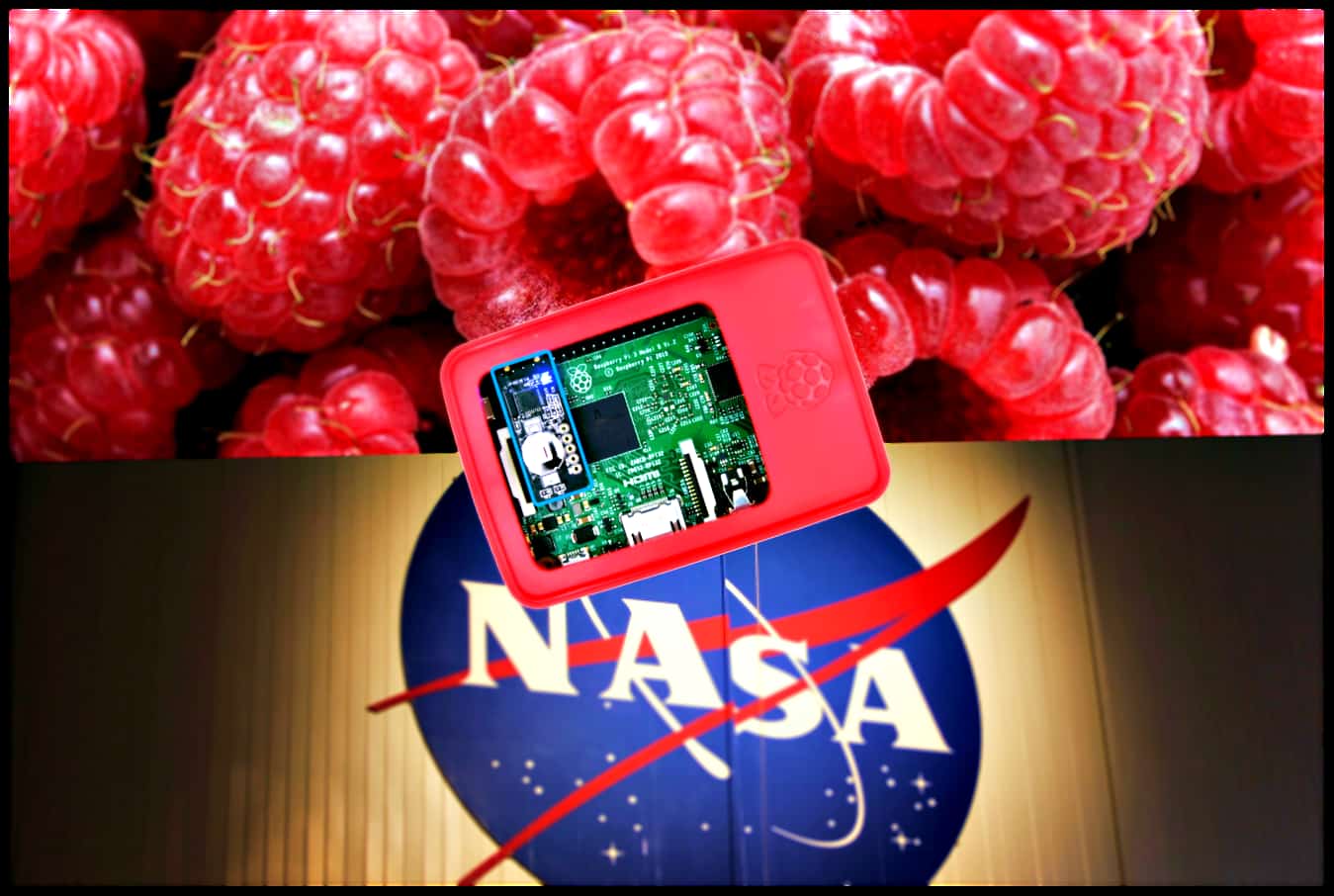