The online hacktivist Anonymous has been fighting an online battle against the Islamic State (IS, previously ISIS/ISIL). And now they have just extended their fight against the organization by targeting those who express sympathy with the group’s ideology over social media platforms.

The hacktivist group has using Japanese anime characters against a list of over 750 Twitter accounts who they found alleged of aiding the IS, either having a conversation with the workforces or by spreading propaganda in support of the organization. Due to these activities some members have already been removed and suspended from Twitter while the others are being spammed with pictures of anime characters.

Hey @BBCWorld @BBCNewsbeat That is our operation. We are the greatest / huge cynics. not Hacktivist. Therewith Google bombing team. Pls link

It is being done in an attempt to weaken the Twitter’s search engine results for all the phrases connected to the Islamic State. And after seeing this reaction, it is clear that Anonymous is not a fan of IS.

The list has been published by the hacktivist on the Pastebin website. In the list, there were Twitter accounts having more than 10,000 followers, but there were some accounts with low numbers of followers too!

Here are some of the animes in tweets Anonymous is using against the ISIS:

@isisvipper yay! Thank you. Isis-chan, how many people have joined in your online cause so far? What are the results of your campaign?

@isisvipper yay! Thank you. Isis-chan, how many people have joined in your online cause so far? What are the results of your campaign?

This is how the Japanese social media is helping the fight against ISIS: With ISIS-chan!http://t.co/KSWNJDb9XR pic.twitter.com/kqMb8siBGh

This is how the Japanese social media is helping the fight against ISIS: With ISIS-chan!http://t.co/KSWNJDb9XR pic.twitter.com/4SNzcA1G03

The hacktivist group has also asked the users to report Twitter accounts that are in support of Islamic State as “engaging in harassment”, “threatening violence or physical harm”, and “being abusive or harmful”. The reporting can be done easily via the standard report feature provided by Twitter.

Apart from targeting Twitter handles, Anonymous has also planned to expose and take down other platforms that are being used by the supports of IS groups. Those platforms include websites, blogs, Facebook pages, Facebook groups as well as the web proxies. This would be done in an effort to disrupt communications between the group members.

This strong action by Anonymous came up after the exposure of a strategy by the Prime Minister David Cameron of UK to help tackle this toxic extremism. His strategy also comprised of a demand for the removal of extremist material from the Internet.

According to the report by BBC, the effect of the actions taken by Anonymous again the Islamic State organization is still unclear. But there’s a study revealed earlier this year estimated that the hacktivist group has managed to control more than 90,000 Twitter accounts.

Rashad Ali, who is a senior fellow at the Institute for Strategic Dialogue which experiments on the strategic ways to counter extremism. He said that the method being used by Anonymous is valuable.

“Practically speaking, you are getting rid of a whole host of people from the public domain However, it’s not a solution because what we now need to do is not just take down accounts but actually provide new narratives for people.” 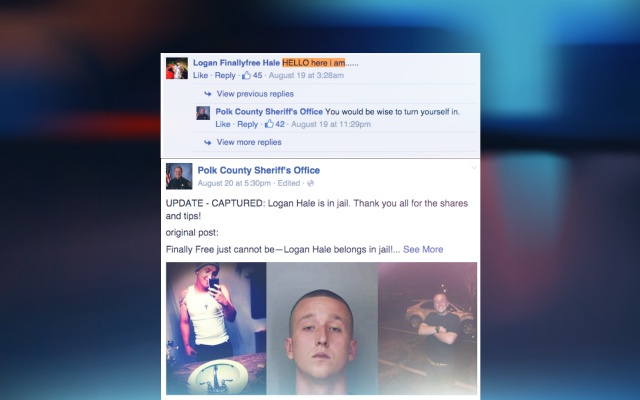 Fugitive Tells Police To Use Better Photo of Him on Facebook, Gets Arrested