A Texas man and an alleged member of the famous Anonymous hacktivist group, may face prison up to 440 years in the latest second superseding indictment of cyber assaults charges against him that includes hacking attempts against county, school, and newspaper organizations, says the latest release from the Federal Bureau of Investigation (FBI).

Fidel Salinas, 27, was first charged with one count of Computer Fraud and Abuse Act violation during last October. The grand jury in the United States District Court for the Southern District of Texas found him guilty of intentionally breaking into the computer system of Hidalgo County two years earlier.  This was followed by a superseding indictment of additional 15 counts earlier this month on April 2.

However, the FBI announced another 18 counts of cyber-linked assaults in its second superseding indictment, making it altogether 44 counts of cyber assaults.

Kenneth Magidson, the US attorney, who announced the indictment said Salinas faces 44 charges of cyber-attacks: counts one and two –attempting to breach the county, school district and newspaper sites; count three– conspiracy with others to use a computer “to cause emotional distress” to the female victim, identified only as ‘Y.V.’; count four — an attempted hack of Y.V’s computer; counts five through 22—distress the victim multiple times over the internet on his own; 33 through 37— attempts to hack the woman’s computer; counts 38 through 43—attempts to hack the three other sites between November 2011 and January 2012; and count 44—cause damage to the Hidalgo County sight.

between December 23-29, 2011, Salinas had the intent to harass and intimidate a female victim. Allegedly, he repeatedly e-mailed her, attempted to gain unauthorized access to her website, made submissions through a contact form on that site, and tried to open user accounts without her consent.”

It also mentions the number of such attempts and the time frame within which it was done.

he repeatedly did so late at night and early in the morning, with his stalking attempts or messages sometimes occurring less than one minute apart from each other. He allegedly did so as part of a conspiracy or agreement with at least one other person,” the indictment read.

Salinas also remains charged with attempting to hack into and damage computer servers belonging to Hidalgo County, the La Joya School District, and The Monitor over the course of five days in 2011-2012 and causing thousands of dollars in loss as a result¼between the late night and early morning of January 4-5, 2012, Salinas made more than 14,000 hacking attempts to the administration management page of the Hidalgo County website server, resulting in true administrators temporarily not being able to access it. The county allegedly incurred a loss of more than $10,000 in responding to the attack.”

Additionally, the authorities have also charged Salinas for not only conspiring with members of Anonymous to coordinate these attacks but also conversing with others in a chat room   affiliated with the group’s Operation Anti-Security (Antisec) bloc.

Salinas allegedly participated in an online chat room for the Operation Anti-Security faction of Anonymous and attempted to enter the IRC Operations server for Anonymous.”

He faces up to 10 years in federal prison for each of the charges, which if taken collectively would lead to 440 years of prison.

Alma Garza, the legal counsel for Salinas, was quite confident that the prosecutors wouldn’t be able to persevere in the court earlier this month.

They can’t make a case against my client,” she said, as quoted by the Associated Press then.

Salinas was arrested in September 2011 following a two-year investigation, when the investigating authorities linked an attempt to breach the Hidalgo County site with a place where Salinas was staying. The breach was tracked down to the IP address of his computer, following which a search warrant was issued and he was arrested and his laptops and other gadgets were confiscated.

On interrogation several months later, he admitted having used a program on his computer to attempt administrative access to the site; however he said that it was only to test the network’s security and there were no illegal intentions whatsoever.

But his Facebook diatribe hinted at something else, which he posted after his release.

F**k you corrupt officials and politicians. When someone tries to give you advice that your servers aren’t secure and said person doesn’t modify, access or download and ‘redistricted’ information. I believe you say thank you instead of being afraid of what you don’t know by getting an invalid warrant, arresting and wrongfully hijacking all his electronics. We do not forgive, we do not forget.”

The FBI is investigating the case with assistance from the Hidalgo County Sheriff’s Office, while Christopher Sully, Assistant US Attorney, is prosecuting the case. 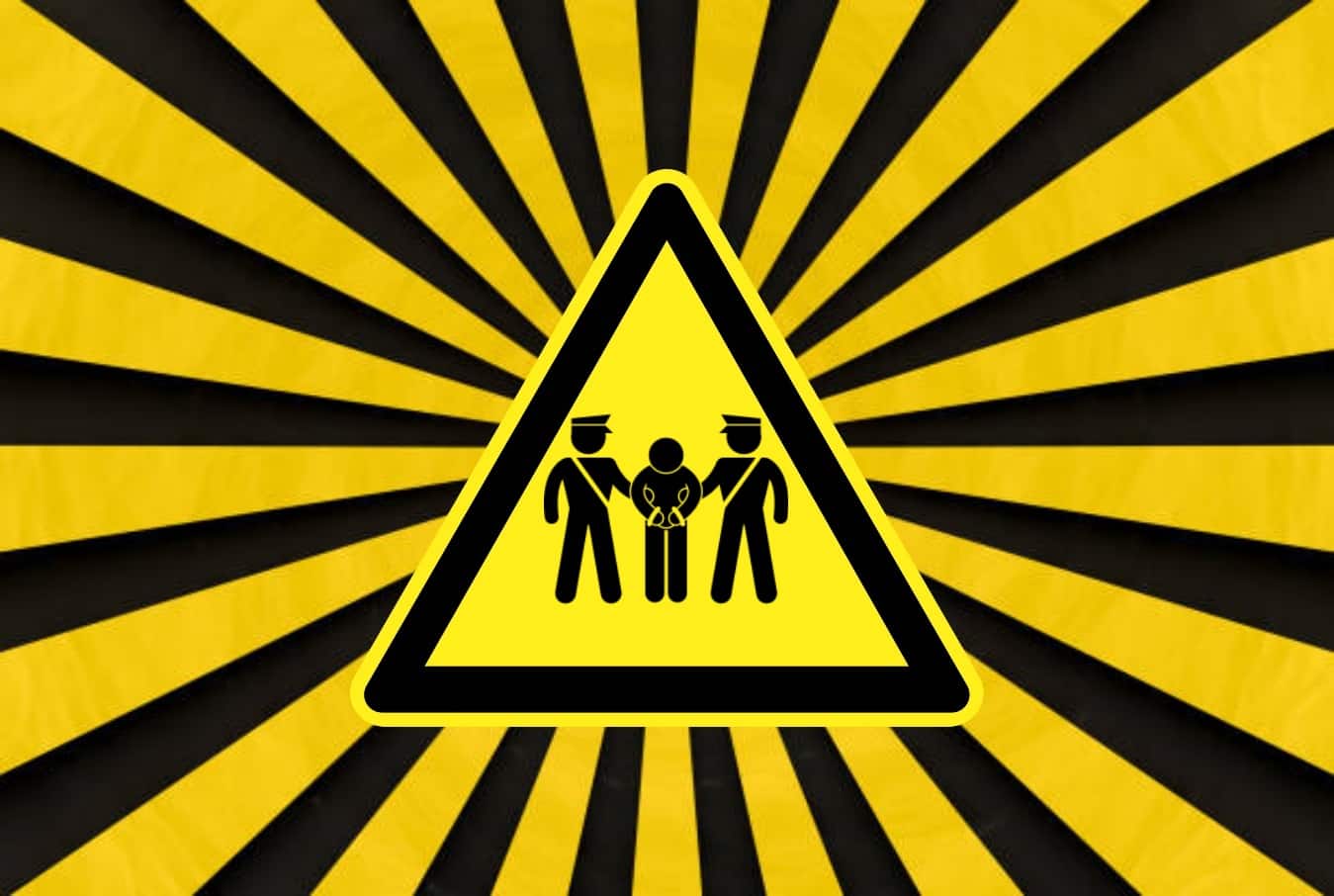