Local government portals of Apulia and Basilicata regions in southern Italy have been attacked by the members of the infamous hacktivists collective Anonymous.

The attack is being touted by Anonymous as a reactionary attempt to showcase resentment against the ongoing Trans Adriatic Pipeline project (TAP). This project was officially launched in 2015 and is due to be completed in 2019.

The hackers utilized distributed denial of service or DDoS method to get the government portals off the network. Later, the attackers gained access to the file system of the portal and to keep their intrusion hidden, the portals were shut down. Hackers left the portals after leaving a message and defacing the website.

Both the Apulia and Basilicata governments faced the aggression of Anonymous members over TAP project as both regions’ government web portals remained offline. But later on, Basilicata’s portals were back online while Apulia’s portals are yet to become functional.

Italian government should expect more from us: Anonymous

The data present on Apulia website was also stolen and posted online by the hackers. All of this is done to show protest against the government’s decision to support the TAP project, which will create a gas pipeline through Azerbaijan to Turkey, Albania, Greece, Italy and various other West European countries.

The basic premise behind the launch of #OperationGreenRights is that this gas pipeline project is completely ignorant towards critical environmental concerns. According to the hackers, the UNESCO World Heritage listed historical landmarks in Apulia would be severely affected by this project.

ANSA reported that these DDoS attacks were launched this weekend and at first, the Apulia region’s government portal was targeted after which Basilicata’s portals became the focus of hackers.

It is also being reported that the intrusion was finally discovered by the IT admins of the portal and they were responsible for shutting down the Apulia portal. Moreover, the Basilicata attack was stopped haphazardly and that’s why the portal was back online so soon.

The stance of the hackers was revealed to the public in a series of tweets and blog posts. The hackers are disturbed over the gas pipeline project, which is expected to deliver 10billion cubic meters per year. 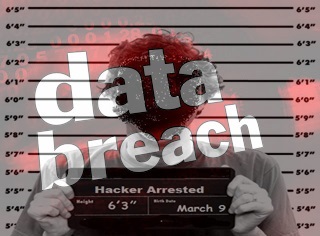