The online hacktivist group Anonymous has announced a new series of cyber attacks against the ISIS/ISIL terrorist group.

This Friday, terrorists targeted seven different locations in Paris including a Rock band “Eagles of Death Metal” concert, a café and outside a stadium where there was a football match between Germany and France.

The terrorist group ISIS claimed the responsibility of these barbarian attacks which caused the death of 129 people leaving behind about 419 injured out of which 45 are critically wounded.

After Paris attacks and ISIS acceptance, in a video recently posted by Anonymous hackers, the said group declared war against the ISIS and say, “We will hunt you”. They further warned the Islamic State:

“ISIS should expect us” says Anonymous

“French people are stronger than you and will come out of this massacre even stronger”.

The Anonymous posted a video on Youtube seriously warning ISIS terrorists not to underestimate them and said that they will use the whole of their knowledge to unite humanity. Moreover, a French spokesperson said:

“Anonymous from all over the world will hunt you down”. He further said, “We will launch a grand operation against you and you should know that we will find you and won’t leave you. Be prepared for substantial cyber attacks as cyber war has been declared”.

This threat for ISIS from Anonymous is not the first one, in January 2015 after Charlie Hebdo attack, hackers made similar threats against the so-called Islamic State.

Similarly, “Hacktivists” carried out an operation against the ISIS and published a big list of Pro-ISIS Twitter accounts.

However, things are not that easy for the hacktivists; especially on Facebook where the group is facing strange censorship tactics by getting its anti-ISIS group removed by the social media giant without stating any specific reason. 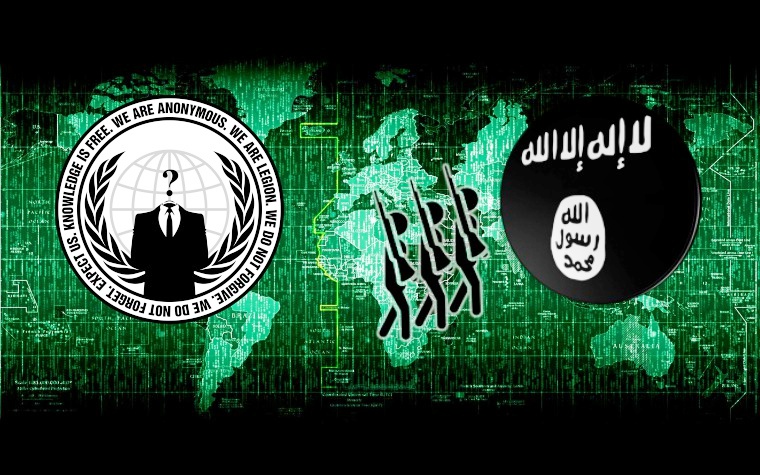 Someone is using Anonymous’s name to spread rumors about ISIS planning to target different events worldwide. A Pastebin post posted by someone…
byRyan De Souza