Researchers are working on technology that can simply identify you by measuring your brain’s response to different stimuli.

Brace yourself for a new, upcoming system that is going to make fingerprints and facial recognition technologies appear old school and obsolete. This new technology is nothing short of a revolution since it will promote brain scan as the primary mode of positive identification. For this purpose, brain imaging and an array of images and words will be used to figure out if you are really what you claim to be.

Brain scanning is definitely a reliable way to identify an individual accurately because no matter how sweet facial recognition sounds in theory; in practice it is problematic because it requires high-tech equipment such as a high-quality camera on your computer or laptop. Moreover, facial recognition technology isn’t much reliable.

Consider it a glimpse into the future of consumer electronics or a product of fierce market competition, scanning your brain for biometric identification is certainly a ground-breaking concept.

The system has been devised by Binghamton University and the process involves popping an EEG (electroencephalograms) cap and going through a series of 500 images. These may include words, basic stock photos and celebrity faces, etc. Every image will appear on the screen for just half a second and the EEG cap will monitor your response to these images. Such as if a bee flashes on the screen, an individual who is allergic to bee stings will react differently than a person who keeps bees to earn his/her living. These images will keep on adding and the probability of fake identity will get minimized.

Initial tests conducted by a group of 32 participants positively identified a person between 82 and 97 percent correctly. With some tweaks, the machine identified one person out of a group of 30 members with 100% accuracy. Given the success rate, the time isn’t much far away when the machine will be fully developed and ready to be implemented practically. It can be used for larger groups of people and apparently it could be employed at security systems.

However, there is a shortcoming in this system which is that it takes some time and trouble in “logging in.” Given the fact that this system can work with a minimum of three electrodes and every image is displayed for only half a second time, therefore, it won’t be taking too long to go through such an enormous number of images. But, archiving the person’s reactions to all the images would still be a big issue.

It can be said that this system is more like Defcon 1 than iPhone 7 as of now but it is an interesting development in biometrics nevertheless. Let’s wait and watch how malicious actors would attempt to hack it. In this technological era, the world has been converted into a global village with everything connected to everything.…
byOwais Sultan
No comments 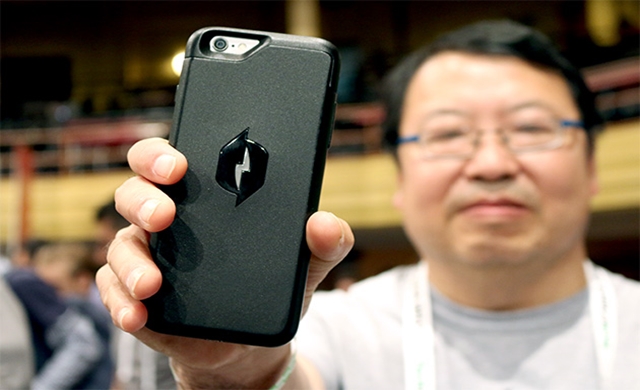 Nikola Labs has launched an iPhone case that transforms radio frequencies into DC electrical current and thus, can…
byWaqas