China accuses U.S for hacking 2200 of its Computers in last 2 months

It additionally said that half of the hack-attacks were made by United States which repeatedly blamed for escalating cyber-attacks against US industrial and government’s network and security systems.

Beijing and Washington have been swapping accusations for sponsoring hack attacks on each other’s network, security, government and industrial websites over a past few months. Whereas, Chinese National International Information office said “China has been a major victim of hack attacks since many years as proven by a large amount of facts”.

Moreover, in February, Chinese Defence Ministry said that China’s major military websites have faced about 144,000 hack attacks per month in every month of the previous year, 2012 and around 2/3rd of these attacks were made from the US.

In the meantime in February, a US Computer Security Company continued charging China over the cyber-attacks and reported that a secret Chinese military unit was behind a number of refined hacks which were primarily aiming the major government agencies including commercial and industrial websites. In its response China has always strongly disagreed to all these allegations and claims to be one of the major victim of global cyber hack attacks. 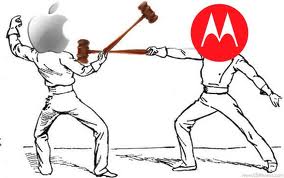