TAO, the arm of the US National Security Agency (NSA), is embroiled in penetrating the security structures of Apple iPhone; and this time it is alleged that the manufacturer colluded with the intelligence agency.

It has been reported that the NSA’s DROPOUT JEEP program could access voicemail, contact lists, text messages, files, location and could as well navigate iPhone’s microphone and camera. It registered 100 percent success with a remote installation of the malware.

This was disclosed by the security researcher Jacob Appelbaum and the German news magazine Der Spiegel. Appelbaum expressed hopes that Apple will clarify its role soon.

Apple has categorically denied any complicity with NSA in granting back-door access. It has stated in a corporate release to AFP that it has never worked with the NSA and reiterated that the company cares deeply about their customer’s privacy and security.

This is not the first time when Apple has been accused of collaboration with the NSA. Last year, Apple was forced to publicize its policies on NSA’s data exchange collaboration in which the company had denied any kind of contact with the NSA by calling NSA’s PRISM project as ”new” to them.

Then NYPD was found asking Apple users to update their iPhones and iPads to latest iOS 7, following with a Senator questioning iPhone 5S fingerprint data via Patriot Act with the FBI and NSA.

However, how this news is going to affect the premium mobile clientele is only an imagination yet. 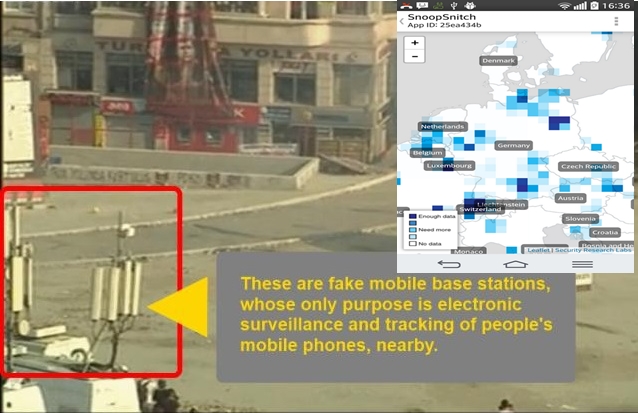 Last week we reported on the Overwatch service that pinpoints every fake cell tower spying and tracking your smartphone.…
byWaqas