Some hack for fun while some do it for political reasons. But this Iraqi guy whose name is Mahmood Jumaa hacked the verified Facebook page of The Independent, a British online newspaper with millions of followers – He did it so to get likes and followers on his social media platforms, and he seems somehow successful in doing so.

The incident took place on Thursday night when Jumaa started posting the link to his Instagram account on The Independent’s Facebook page in Arabic asking people to follow him. Jumaa also posted random memes to gain attention. 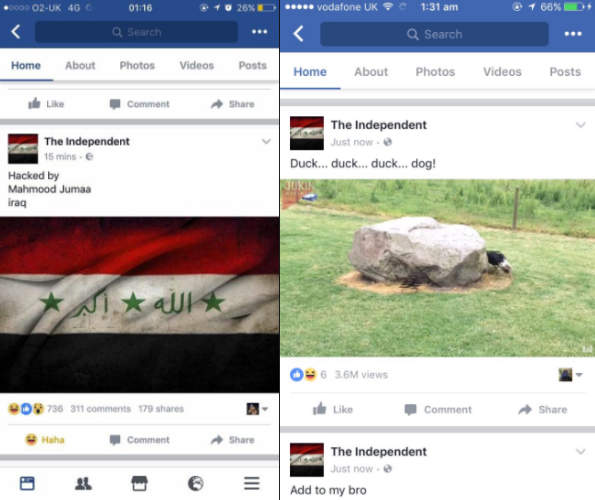 Facebook users took screenshots of the incident and shared it all over Twitter. One user went onto say “at least now they’re sharing worthwhile stories.” One said the hacker even went live on Facebook through the hacked Facebook page.

Someone hacked the @Independent on Facebook and went live…. kinda humorous.

Currently, Jumaa has almost 99,000 followers on Instagram with only 13 posts where he’s also talking about hacking The Independent’s Facebook page, and 5 verified Instagram accounts. But what’s shocking is that he also has a verified profile on Facebook whose about me section claims he is a singer. 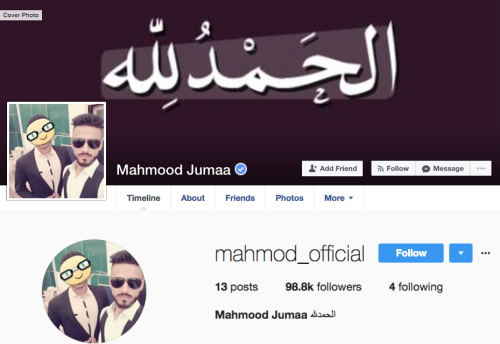 It’s unclear how Jumaa took over The Independent’s Facebook page, but it does remind us of the OurMine hacking group who used stolen passwords from data breaches to access social media and websites of celebrities and news outlets.

Just two days ago, OurMine took over HBO’s Twitter and Game of Thrones’ Facebook account to sell their IT security services to the network under siege by hack attacks.

At the time of publishing this article, The Independent’s Facebook page was restored. 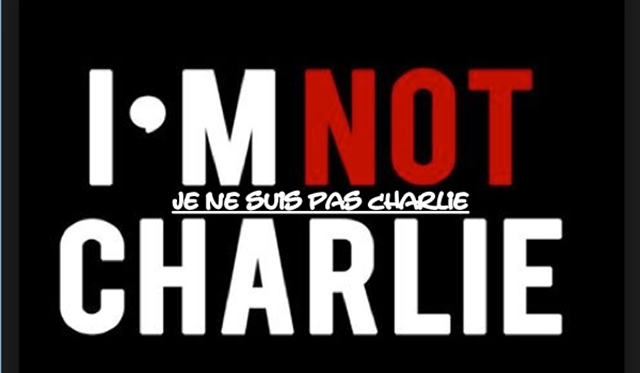