On April 1st, 2020, Berkine became a victim of cyber-attack by the notorious Maze ransomware group that is known for its unique blackmailing practices.

According to Under the Breach, a service that exclusively monitors data breaches and works for its prevention stated that the documents posted online are related to financial details and investment plans of the company.

The leaked data includes the Berkine group’s cost price per barrel, organizational goals for the year 2020, and budgets allocated for various missions of the two owners of Berkine. The database also contains a list of Berkine employees including their contact details and travel documents of some of them. 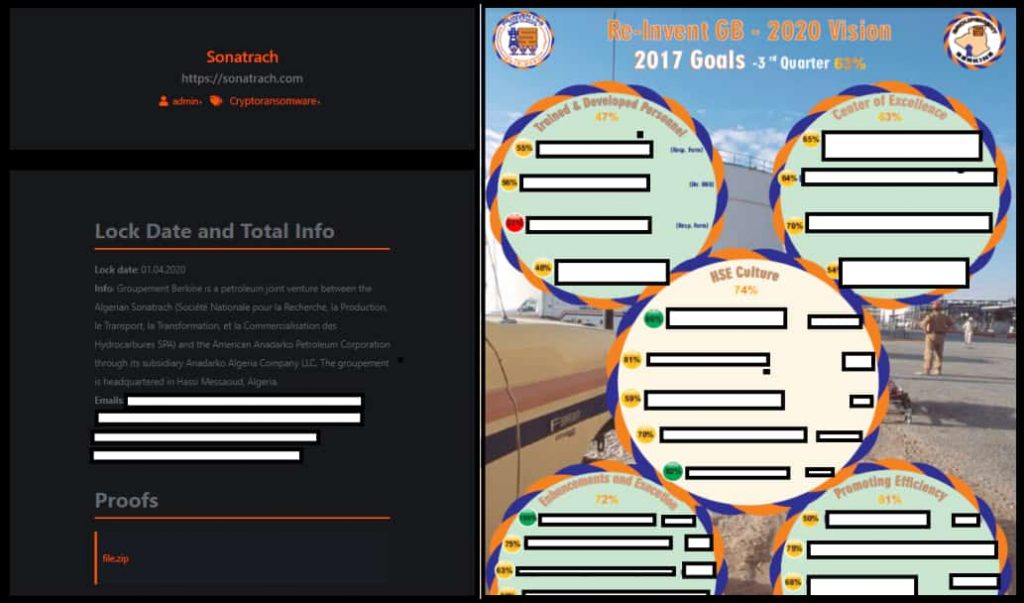 The maze ransomware group has quickly become the biggest threat to organizations around the world. The French National Agency for Security of Information Systems (ANSSI) examined this group after it attacked a subsidiary of Bouygues in January 2020.

As per the ANSSI, the group has been active since May 2019 and “is mainly known to be associated with Internet disclosures of information presented as originating from compromised information systems”.

The Maze ransomware, assessed ANSSI, is a variant of the ChaCha20 cryptographic algorithm, which is one of the most feared data encryption software.

The agency also identified that the group employs extreme tactics to pressurize the victims who refuse to pay the ransom or delay the payment. They, not only encrypt the data but also exfiltrate it prior to encrypting it and later use it to blackmail the victim into paying their desired ransom.

Moreover, the group keeps releasing some of the data and even post it on hacker forums for phishing purposes if the victim doesn’t give in to their demands.