Operation DisrupTor was a global sting operation against illegal goods and drug trafficking on the Dark Web.

Dubbed DisrupTor by authorities; the operation was a follow up of May 2019’s Operation SaboTor against the Wall Street Market.

Operation DisrupTor was a global sting operation against illegal goods and drug trafficking on the Dark Web. Law enforcement agencies from the US, UK, and Europe, including Germany, Austria, Cyprus, Sweden, Australia, the Netherlands, and Canada, collaborated for this operation.

The investigating agencies recently announced the results of this operation. Reportedly, 179 dark web vendors were arrested, and drugs, 64 firearms, and over $6.5m, both in cash and virtual currencies, were seized.

According to Europol’s press release, around 121 vendors were arrested from the US, 42 from Germany, 8 from the Netherlands, 4 from the UK, 3 from Austria, and 1 from Sweden.

This operation was a follow up of May 2019’s Operation SaboTor against the Wall Street Market. It was the world’s second-largest marketplace for illegal activities back then. 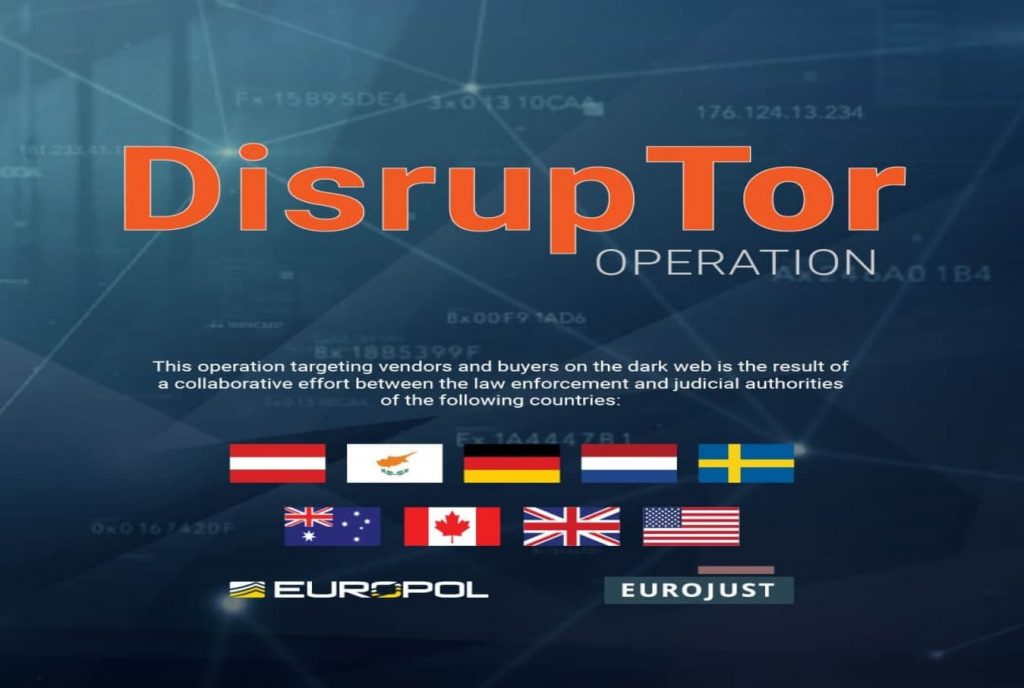 As per the US Department of Justice, after the Wall Street Market takedown, the law enforcement agencies in the US, UK, and European countries obtained intelligence for the identification of Dark Web drug traffickers.

Operation DisrupTor was led by the German Federal Criminal Police and supported by Europol, Eurojust, the Dutch National Police, and several US government agencies.

Through the operation, investigators could identify many suspects involved in illegal activities on the dark web. Investigations against these suspects are still going on, and Europol has hinted on arresting more individuals operating on the Dark Web.

Europol has also claimed that the Dark Web’s days are numbered.

Europol’s European Cybercrime Centre head, Edvardas Šileris, stated that this announcement sends a strong message to all those involved in buying or selling illegal goods on the Dark Web.

“The hidden internet is no longer hidden, and your anonymous activity is not anonymous,” said Šileris.