Bitfinex Bitcoin Exchange has suffered a massive data breach where $70 Million worth of Bitcoin have been stolen!

Due to a damaging hack of Bitfinex, an online cryptocurrency exchange platform, $70 million worth of Bitcoin has been stolen. A note has been posted on Bitfinex’s website acknowledging the security breach.

Although the notice doesn’t name a final amount but an employee admitted on Reddit that 119,756 Bitcoin had been taken. At $650 US each (the amount that a Bitcoin traded at during the past week) it comes to a total of a whopping $77,000,000 in lost revenue. The price dropped to almost 20% as soon as news became public meaning it is currently trading at $540 US per Bitcoin.

”Today we discovered a security breach that requires us to halt all trading on Bitfinex, as well as halt all digital token deposits to and withdrawals from Bitfinex. We are investigating the breach to determine what happened, but we know that some of our users have had their bitcoins stolen. We are undertaking a review to determine which users have been affected by the breach. While we conduct this initial investigation and secure our environment, bitfinex.com will be taken down and the maintenance page will be left up,” according to the security notice Bitfinex site.

How was Bitfinex hacked? There are no answers to this question yet and they haven’t said a word either except that they are suspending operations due to their loss and the investigation into it. They also added that USD funds and cryptocurrency totals have not been opened up to these hackers in any way and are still safe.

Initially, Bitfinex was using BitGo, a Palo Alto-based Bitcoin security company. In a tweet, BitGo stated that there was no evidence of any breach found in their servers during their investigation and that their customers had been notified of the situation.

As we directly notified our customers earlier today, our investigation has found no evidence of a breach to any BitGo servers.

Neither BitGo nor Bitfinex has placed any obstacles in place to prevent large amounts of Bitcoin being withdrawn in fast succession. Most exchanges limit the Bitcoin amounts that someone is allowed to draw at a time which translates to smaller losses in situations where they are hacked.

Bitfinex revealed on Reddit that the limits they had set up for restriction of BTC that can be signed for each withdrawal had been bypassed and the investigations to determine how this happened were underway.

In the past, cybercriminals stole $1M Bitcoin from a gambling site and 1.75 million from a Chinese Bitcoin exchange but Bitfinex data breach is indeed massive and affects customers on a large-scale. The campaign is ongoing, and so far, Schoolyard Bully Malware has victimized over 300,000 Facebook users on Android devices across 71 countries.
byDeeba Ahmed 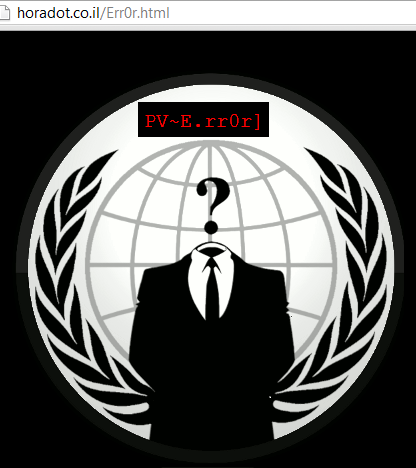 A hacker who goes by the handle of #PV~E.rr0r, claims to be a supporter of Anonymous hacker has hacked…
byWaqas