The Slovakia based IT Security company ESAT has confirmed that their domains designated as distributors for Israel and Palestine were hacked yesterday.

The hacker goes with the handle of AnonGhost who defaced eset.ps, nod32.ps, antivirus.ps and comsecure.co.il yesterday, where the defacement page shows a message against governments around the globe.

”To the Governments of the world,  We are watching you! We are AnonGhost We are legion.. United as ONE. Divided by Zero.”

Softpedia reports that hacker’s intention was not to target ESET but to use their reputation to spread his message around the world for his upcoming operation under the banner of Op Troll Israel on November 20, 2013.

Another websites that was defaced by AnonGhost is tuftshillel.org, the Jewish community center in Tufts University Hillel Foundation. The deface page shows message against Israel and in support of Palestine.

AnonGhost who was planning to leave hacking decided to come back by hacking the official website of an Israeli defense contractor ISPRA just yesterday. 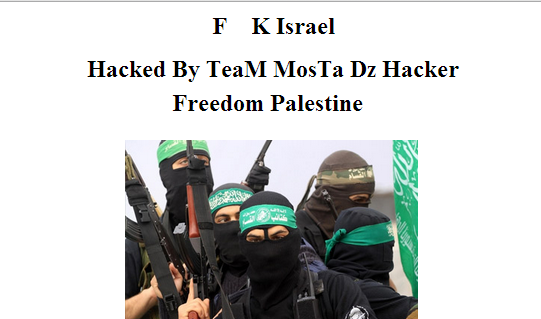