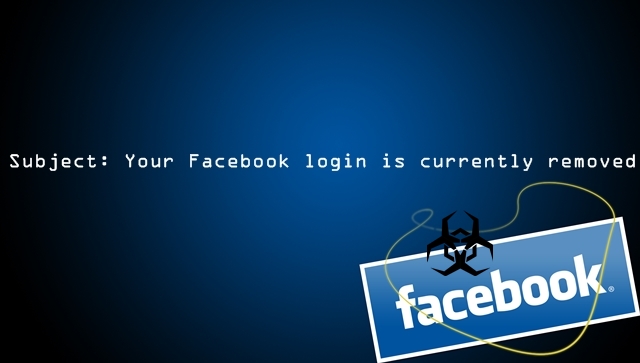 Hackers are targeting users with a fake Facebook email tricking them into clicking an attached application to generate a trusted connection to the network— Attachment contains malware.

Number of users around the world have reported a new scam from Facebook (which in reality is not from Facebook itself). Users who are scammed have reported an email from Facebook having subject line: “Your Facebook login is removed “ . Further, it tells the users that their account was attacked during the last few weeks and they are required to open the attachment (inside the email) to establish a trusted connection.

Not only this, it also asks the user to share this email with all his contacts to make them aware of this scam too. Inside the email it says Facebook doesn’t have enough resources to contact all the people which is an absolute fraud.

In reality, the attachment is an .exe file with a malware, which installs into the user’s PC as soon as it’s clicked. This virus is deadly, as once it’s installed it can multiply the number of viruses on your computer, reports Hoax-Slayer.

In a nutshell, if you receive any such email stay away and mark them as junk or delete them. Though, this is already marked as junk by email servers and a notification for a risky email would be displayed as soon as you try to open it, but still beware!

Though, this is not the first time such emails are shared it has become a regular trend from cyber criminals to share such emails and send malware into user’s devices. Currently, there are several Facebook scams are active and stealing user login details, such as the Facebook “Hot Video” scam, delivering trojan and ‘Guy Removes Blackhead’ video malware scam.